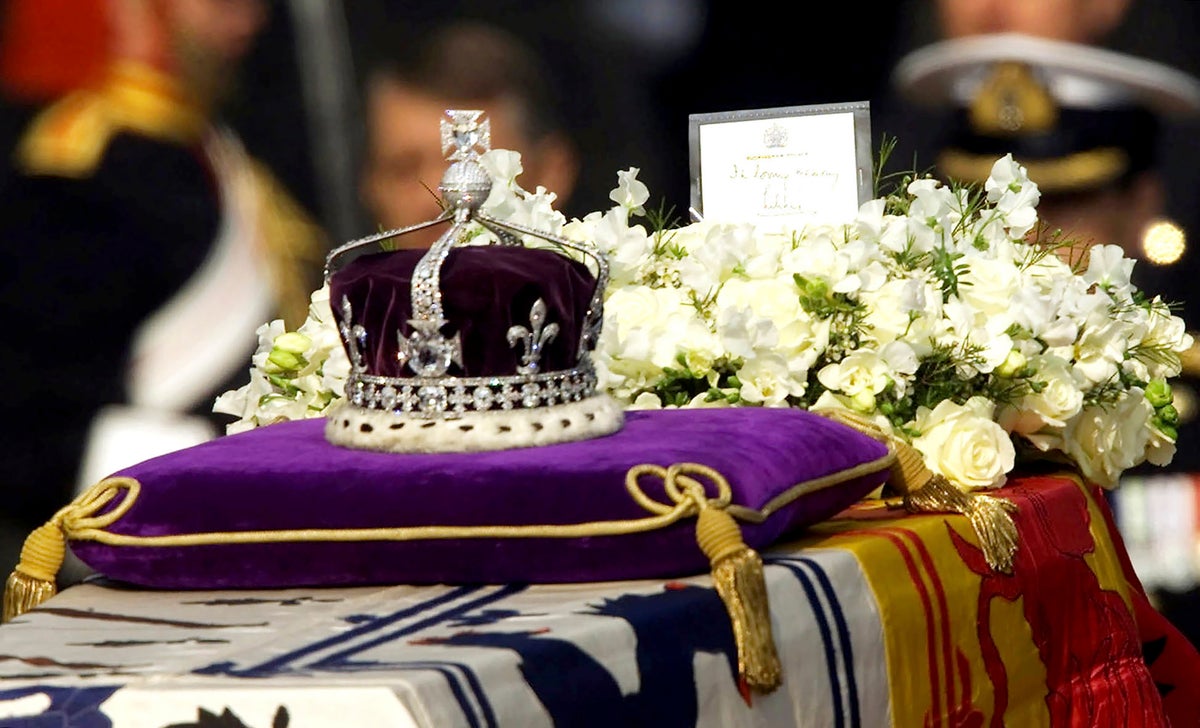 In the wake of the passing of Queen Elizabeth II, audiences have been dazzled by images of the crown of the Queen Mother, which is on display in the Tower of London. But the imperial majestic crown isn’t entirely as it appears – for it contains within its bejewelled arches and ornate framework a 105-carat gemstone diamond that represents the brutality and callousness of the British empire.

The Queen’s passing marks an opportune moment to finally draw a line under the scars of the past and to signify truth and reconciliation between the ruler and the ruled.

That Queen Elizabeth comported herself with remarkable grace and admirable conduct while on the throne, devotion to the public and an almost tangible sense of serenity, good humour and compassion, is without question. But within hours of the announcement of her death, tens of thousands of tweets about the crown jewels had the term “Kohinoor” trending in India. There is good reason for that.

No Indian – no person of colour – could ever doubt her sincerity and indefatigability, but much like her reign itself, her actions remained largely ceremonial. She was reserved within her role, when she could have done much more. And now, the imperial crown will be worn once again, this time by the new Queen Consort – Camilla – as King Charles III undergoes his coronation. She shouldn’t.

That the Kohinoor still remains within that crown to my mind impugns the credibility, moral fibre and supposed benevolence of the royal family. And it will do in perpetuity until it rightly leaves British shores.

Keeping the jewel, which has been at the centre of political and legal controversy in India amid disputes over its ownership for years, represents a dehumanisation of the colonised; allowing for prejudice to manifest for generations to come. It acts as an apologia for the racial supremacy of a (thankfully) crumbled empire, allowing a wounded island post-Brexit to cling onto illusory victories and a misbegotten sense of nationalism.

That Queen Elizabeth II was shrewd enough to ensure her reign was always largely ceremonial permitted her to appear unimpeachable as former colonies extirpated themselves from the yolk of imperialism.

As far as the Kohinoor was concerned, the Queen steered clear of interfering with maintaining the optics of empire; and – by association – the reign that plucked it from a Sikh kingdom via the hands of an 11-year-old Maharajah.

If ever one solitary jewel could represent the exploitation, looting and slavery that the British empire participated in during its time in India, it would be the Kohinoor diamond. It represents the spoils of a bygone era. Of what use is it now in the hands or on the head of the Queen Consort?

Some of the most brutal acts of British colonialism occurred after the Queen had already ascended the throne, such as the concentration camps in Kenya where the Mau Mau freedom fighters were tortured. And any expressions of regret concerning the Jallianwala Bagh massacre of 1919 were negated by her husband querying the body count and thus too the depths of depravity of the brutality that galvanised the Indian nationalist movement.

King Charles III, an individual not exactly circumspect in matters of political expediency or geopolitical influence and lobbying, could well be placed to address this elephant in the room (or the jewel in the crown, if you will): the return of the Kohinoor diamond.

This would go some way to addressing the crimes of empire and the systematic callous looting of a nation that was one of the wealthiest in the world at that time.

The royal family historically turned away from the egregious theft that typified the empire’s time in India and can only beg for forgiveness. History cannot be erased, but returning the diamond might erase the darkness that rises from the imperial crown every time it is wheeled out.

It is offensive. It is a rebuke to all people of colour who have been colonised. It is time to put the Kohinoor diamond back where it belongs.

Saurav Dutt is an author, political analyst and a script doctor

Lakers fall to 76ers after a furious rally forces overtime