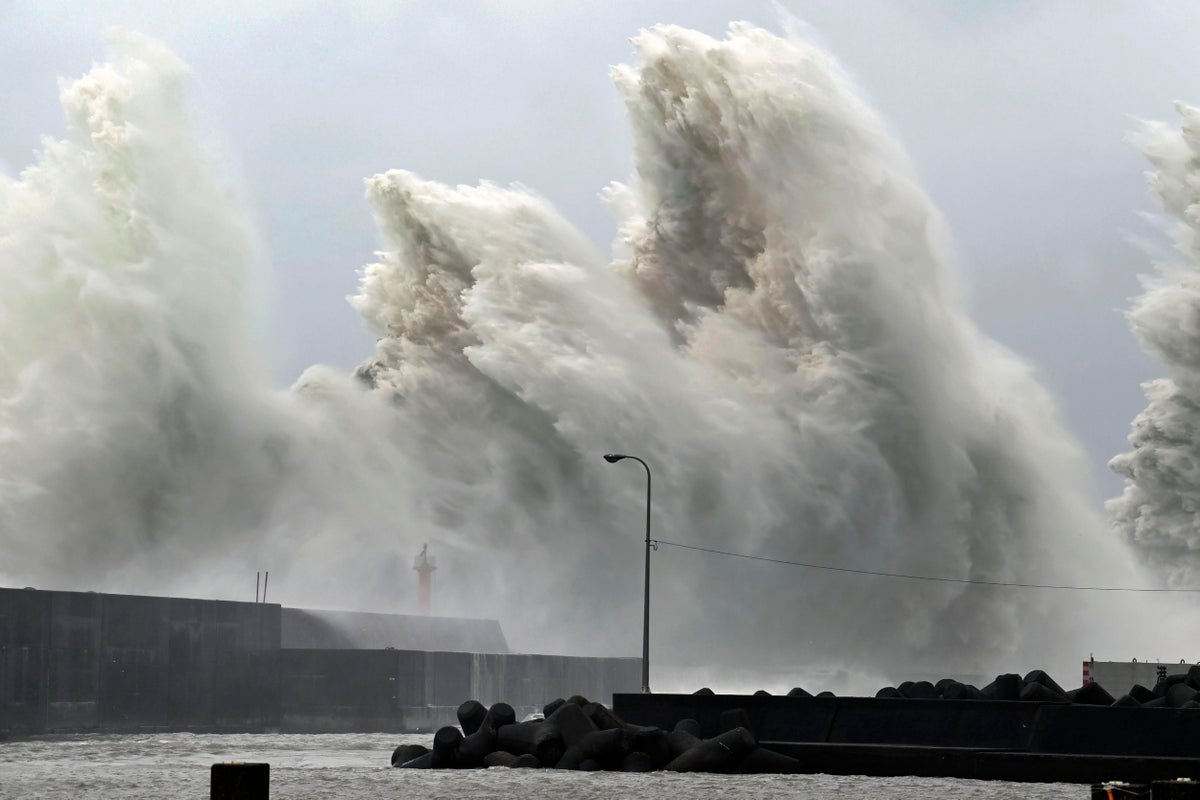 Millions were forced to take refuge as Typhoon Nanmadol made landfall in Japan bringing high winds and record rainfall that left at least two people dead.

The storm officially made landfall at about 7pm local time on Sunday near Kagoshima, in the southwestern part of the country, with winds reaching 150mph, according to the Japan Meteorological Agency (JMA).

Several areas in southwestern regions, including the western island of Kyushu and the main island of Honshu, are experiencing extreme rainfall, power cuts, waterlogging and falling trees, which have put the lives of millions of people at risk.

One man was killed when his car was submerged in a flooded river, reported NHK. Firefighters were also trying to determine whether another man, in his forties, was inside a hut that had been buried by a landslide. At least 69 people were also injured, state media reported.

About 340,000 households, most of them in Kyushu, were without electricity early on Monday, the trade ministry said.

Typhoon Nanmadol is Japan’s 14th typhoon of the season. It is one of the biggest storms to hit the country in years and has sparked a rare “special warning” from authorities.

The storm was centred on Yamaguchi prefecture, on the western tip of Honshu, early on Monday morning, and was heading northeast at about 15km/h along the north coast, the JMA said.

The agency predicted that the storm would track the coast to the north of Honshu into Tuesday before moving out over the Pacific.

Prime minister Fumio Kishida is reported to have delayed his departure to New York, where he is due to deliver a speech at the UN General Assembly, until Tuesday in order to monitor the impact of the storm.

Here’s a closer look at the Dodgers’ top five prospects

Apple Car on track for 2026 release, under $100K price, custom chip, and no full self-driving at launch

Restoring power after North Carolina shootings may take until Thursday