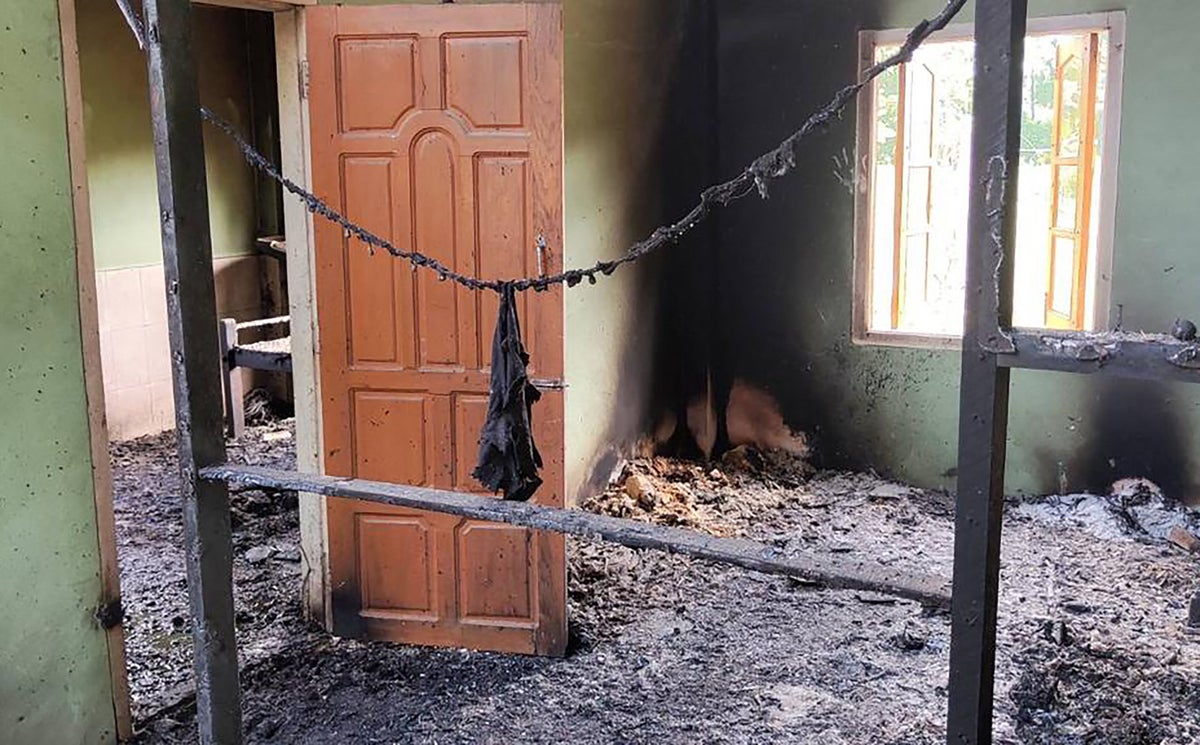 At least 13 people, including seven children, were killed and dozens injured in Myanmar after military-run government helicopters fired machine guns at a school for almost an hour, media reports said.

The incident appears to be one of the deadliest attacks undertaken by the junta since it seized power in a coup, ousting the elected government of Aung San Suu Kyi last year.

A school administrator and aid workers claimed on Monday that the attack occured on Friday when army choppers hovering over a village rained bullets in the compound of a Buddhist monastery.

The junta has said the attack was launched against suspected rebels.

At least 30 children suffered injuries on their backs, thighs, faces and other parts of their bodies. Some lost their limbs, said school administrator Mar Mar.

The attack took place in Let Yet Kone village in Tabayin, some 70 miles away from the country’s second-largest Mandalay city.

The school administrator, who used a different name to protect her identity, told the Associated Press that by the time she was able to understand the situation and take students to safety a seven-year-old and a teacher were shot.

She got pupils to safe hiding places in ground-floor classrooms when two of four Mi-35 helicopters began firing with machine guns and heavier weapons at the school.

“Since the students had done nothing wrong, I never thought that they would be brutally shot by machine guns,” she said.

“They kept shooting into the compound from the air for an hour. They didn’t stop even for one minute. All we could do at that time was chant Buddhist mantras,” she added.

The eyewitness said she heard a student yelling “it hurts so much. I can’t take it anymore. Kill me, please”.

“This voice still echoes in my ears,” she said, adding, “the children told me that their friends were dying”.

Photos of the aftermath of the attack showed blood and debris covering the floor of the school with shattered windows. Walls and roof of the school showed bullet holes with students’ school bags, slippers and other belongings lying.

According to the reports in the Mizzima and Irrawaddy news portals, some school children were killed by aerial shooting while others died as troops entered the compound shooting with guns.

An aid worker in Tabayin said the bodies were taken by the military and cremated.

In a statement, the Myanmar junta said rebel group Kachin Independence Army (KIA) and the People’s Defence Force (PDF) – an umbrella organisation of armed guerrillas the junta identifies as “terrorists” – was hiding in the monastery.

The military claims the rebels used the village to transport weapons in the area.

It added that their choppers were conducting “a surprise inspection” and were attacked by the PDF and KIA inside houses and the monastery. It said some villagers were killed in crossfire and the wounded were taken to hospital for treatment.

The army also accused rebel groups of using villagers as human shields and said they recovered weapons, including 16 handmade bombs.

Ms Mar Mar said she is now telling “the international community about this because I want redress for our children”.

“Instead of humanitarian aid, what we really need is genuine democracy and human rights.”

The country has been gripped by violence after the junta overthrew the ruling government and jailed a host of political leaders.

Since then, a mass movement, with some rebels armed, has emerged to oppose junta rule, as rights groups raise concerns of human rights violations.

At least 2,298 civilians have been killed by the security forces since the army seized power last year, according to the Thailand-based Assistance Association for Political Prisoners, which monitors human rights in Myanmar.