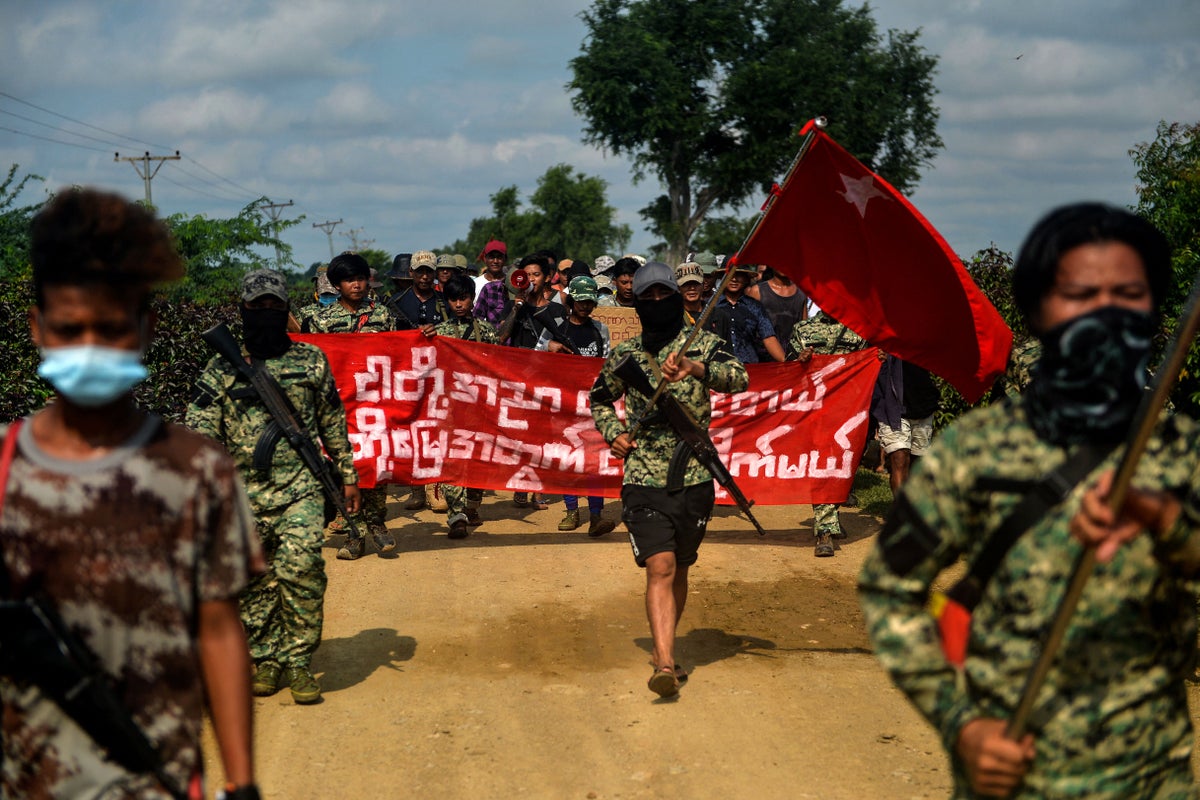 The public in Myanmar have been asked to stay away from showing moral support for a “terrorist” resistance movement and warned against ‘liking’ or sharing its content on social media, the country’s ruling junta said on Tuesday.

Social media activities, such as sharing posts of the resistance movement, could land a person in jail for up to 10 years, it said.

“Terrorists” were looking for funds to kill innocent people in their campaign to destabilise the military-administered country, the junta’s information minister and spokesperson Zaw Min Tin said, adding that such public display of support for them would be severely dealt with.

Social media endorsements of the National Unity Government (NUG) or its armed affiliates, the People’s Defence Forces (PDF), could result in jail terms of three to 10 years. Those contributing even small amounts of money will face worse consequences, the spokesperson warned.

The southeast Asian country has been gripped by political instability and violence since early last year, following which military officials had seized power.

“If you donate money or support terrorists and their acts, you will face harsher punishments. We’re doing this to protect innocent civilians,” the spokesperson told a televised news briefing.

He also presented details of penalties for the act of aiding resistance groups during the briefing.

After Myanmar’s military seized power in February from the elected government, the country was plunged into what some UN experts have described as civil war.

Following the coup, opponents of the military like activists, journalists and former politicians, have used social media platforms to try to communicate their message more widely,

Some citizen journalists have also resorted to often posting images of protests and alleged atrocities by the army.

The country’s 14.4 million people — one-fourth of Myanmar’s population — require humanitarian help after being displaced from their home in the civil crisis, according to the UN estimates.

Controlled by military officials, the junta administration has been accused of mass killings and crimes against humanity by the UN in its crackdown on opponents since the military coup.

Thousands in the country have been sent to jails and many have been imprisoned in secret trials.

The country’s former democratically elected leader has been sentenced to 20 years in prison, including a three-year term with hard labour imposed for alleged election fraud.

According to a report by the UN human rights office last week, officials have asked for the military to be isolated further, stating that it had failed to govern the country in a meaningful and sustainable way, or resolve a “profound financial sector crisis”.