The man responsible for the Queen’s extraordinary state funeral yesterday is the Duke of Norfolk, a staunchly Roman Catholic divorcee and former racing driver who can trace his roots as far back as Edward I – and will be given the equally enormous task of organising King Charles III’s coronation next year.

Edward William Fitzalan-Howard, 65, became England’s most senior peer and the 18th duke following the death of his father Miles in 2002.

For more than 350 years, his ancestors have passed down the ancient office of Earl Marshal – meaning that they are responsible for overseeing funerals for members of the Royal Family, the coronations of kings and queens, and even state openings of parliament.

As part of his duties, the duke – who shares a distant relative with the late Monarch in her namesake, Elizabeth I, and was appointed a Knight Grand Cross of the Royal Victorian Order for services to the monarchy in the honours announced for the Platinum Jubilee – also played a major role in the proclamation of the King at St James’s Palace, standing on the balcony overlooking Friary Court as the principal proclamation was read aloud in public by the garter king of arms.

But ‘Eddie’, as he is known to his friends, is also a major landowner reportedly worth more than £100million who ran a bottled gas company and a joinery business and now throws game shoots from his 1,000-year-old ancestral home, Arundel Castle in West Sussex – and was on such good terms with Elizabeth II that she regularly invited him to shoot in her beloved Scotland with her.

Curiously enough, the Oxford-educated duke is also the most senior lay member of the Roman Catholic Church in Britain – making him a Catholic in charge of the Protestant occasion of the Queen’s state funeral at Westminster Abbey and committal at Windsor Castle.

And the peer – who is reportedly a private man – divorced his yoga-loving wife Georgina after two decades of marriage. 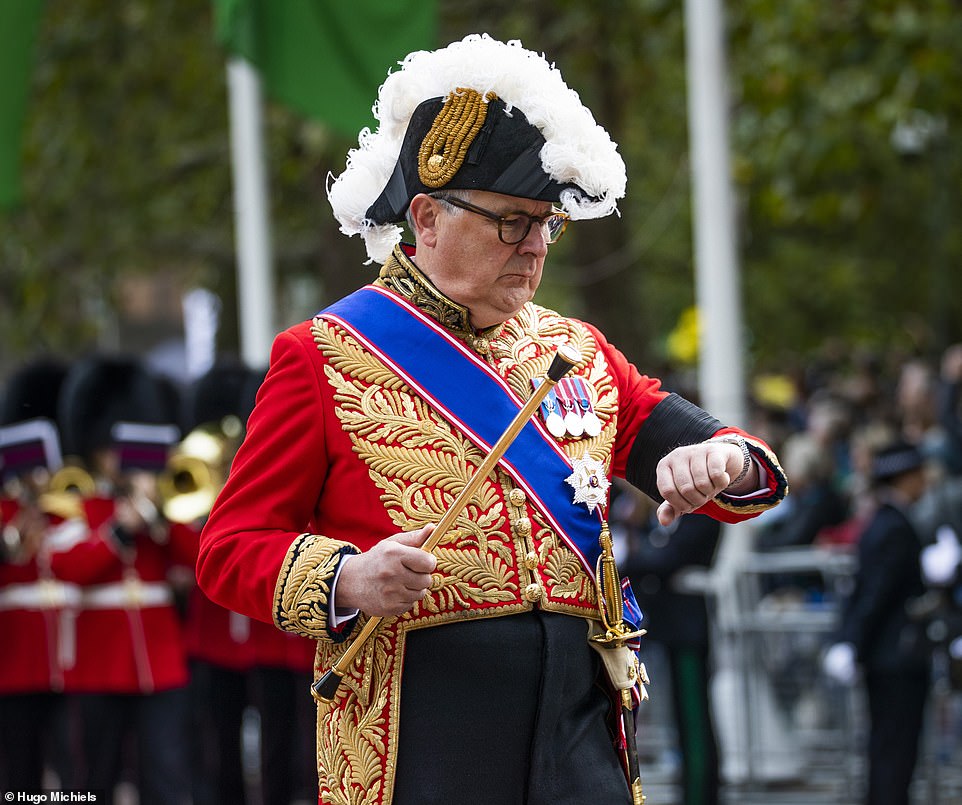 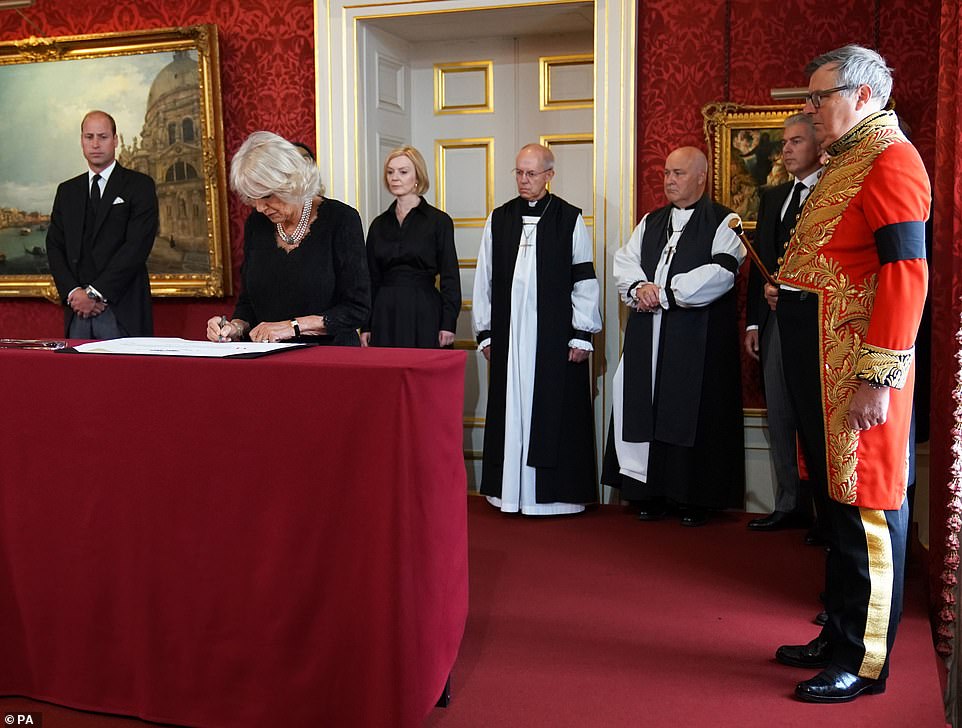 The duke on the right of the image. The Queen signs the Proclamation of Accession of King Charles III, watched by the Prince of Wales, Prime Minister Liz Truss, Archbishop of Canterbury Justin Welby, Archbishop of York Stephen Cottrell and Lord Chancellor of the Privy Council Brandon Lewis during the Accession Council ceremony at St James’s Palace 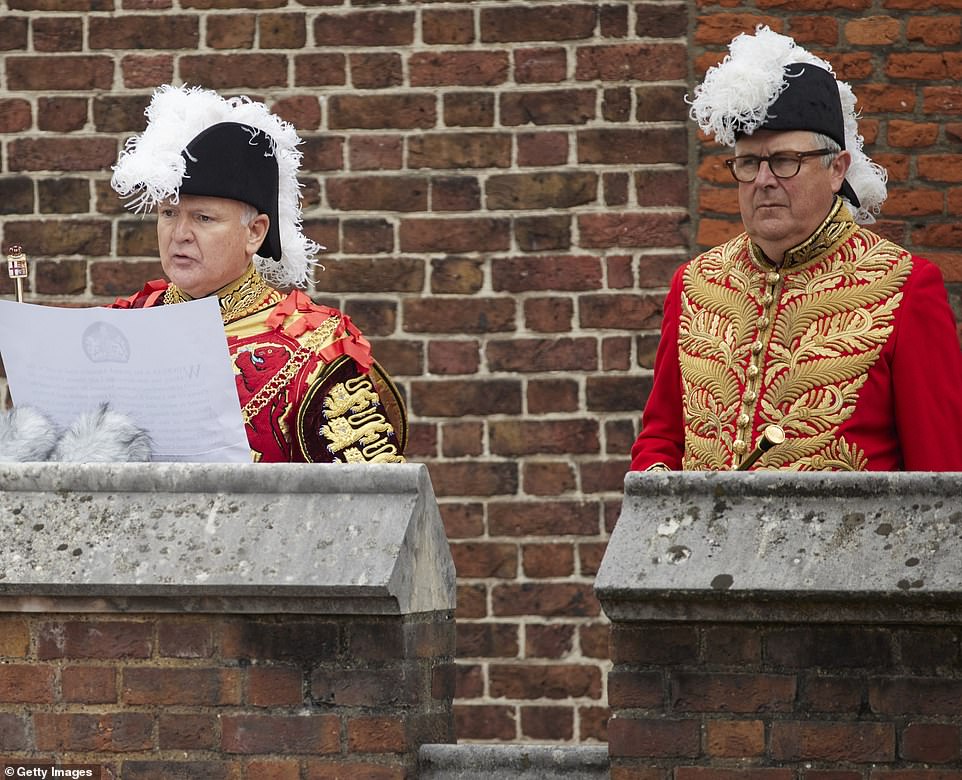 Edward Fitzalan-Howard, on the right, at the proclamation of King Charles III at St James’s Palace 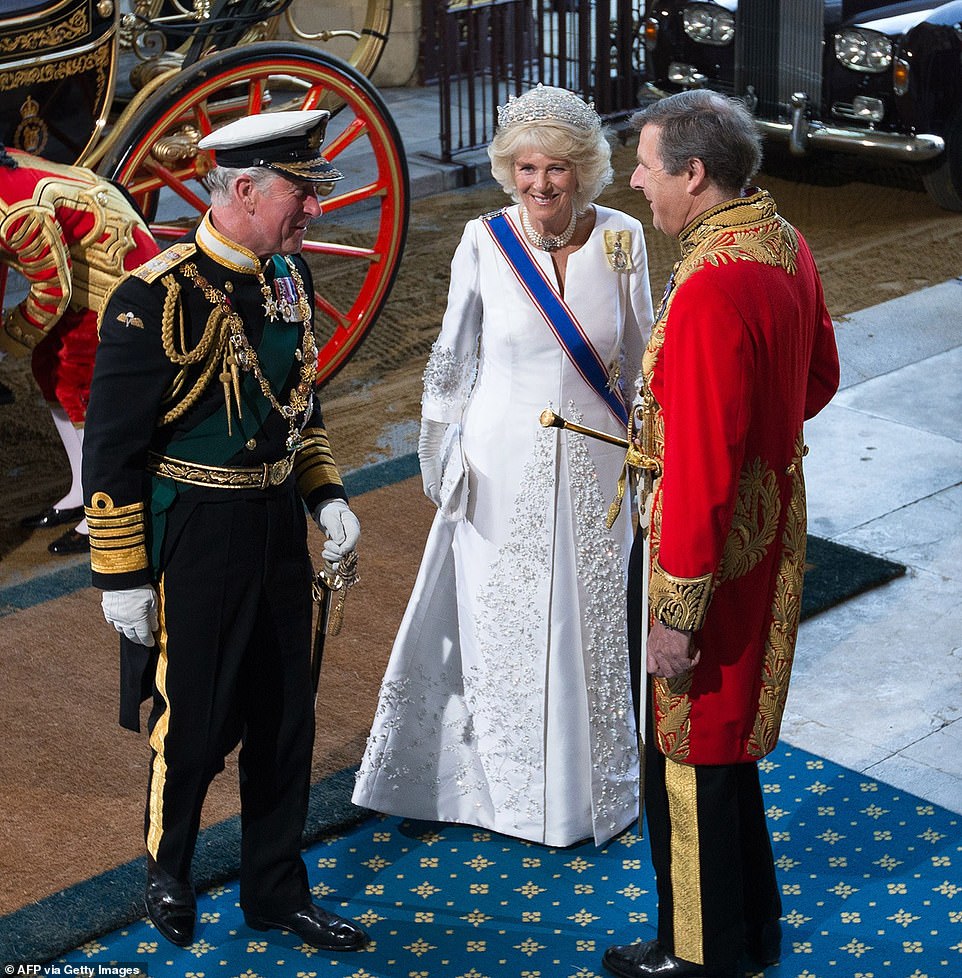 Charles, then Prince of Wales and his wife Camilla with the Duke of Norfolk at the state opening of parliament in 2015 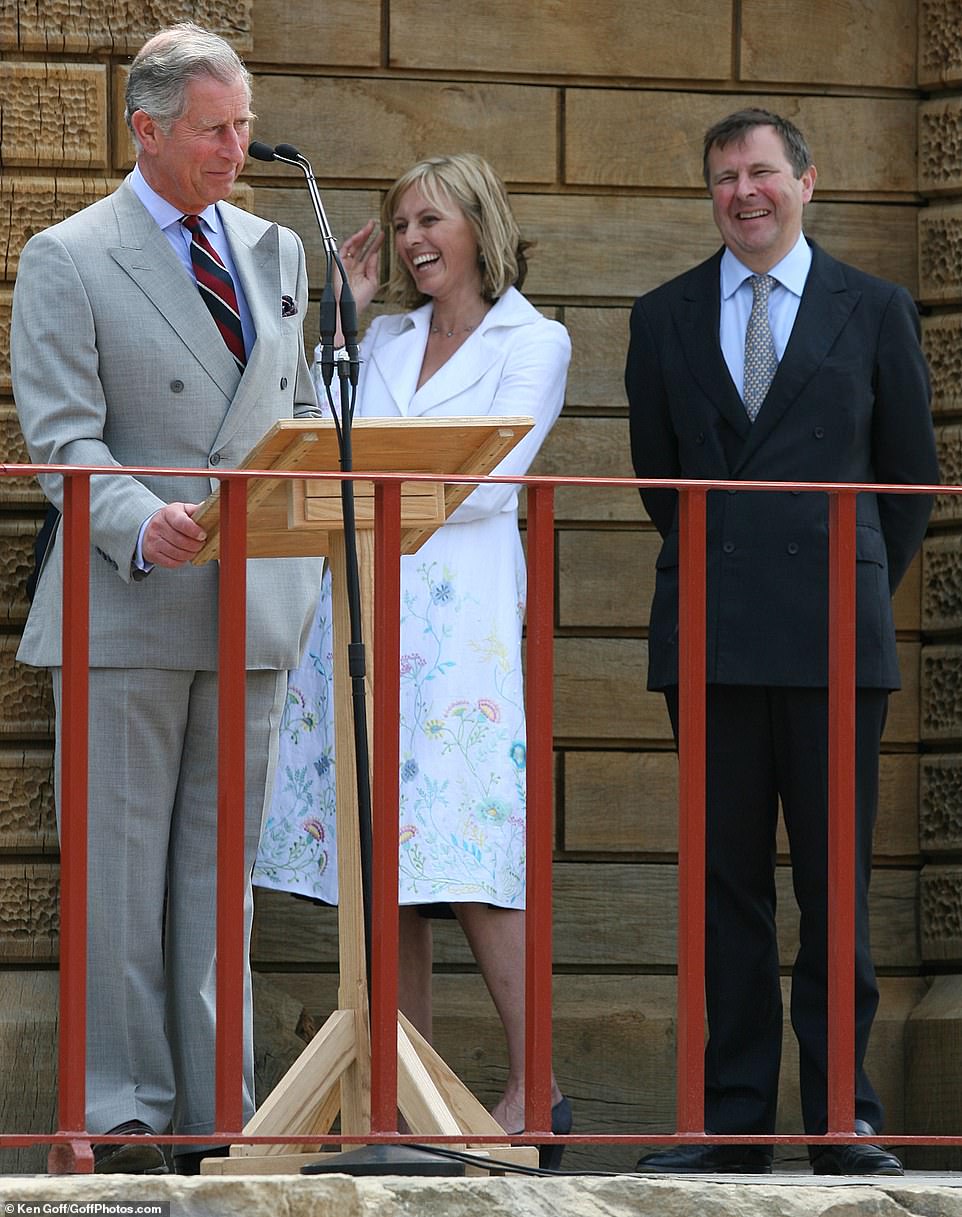 Charles, then Prince of Wales, with the Duke and Duchess of Norfolk at Arundel Castle in 2008 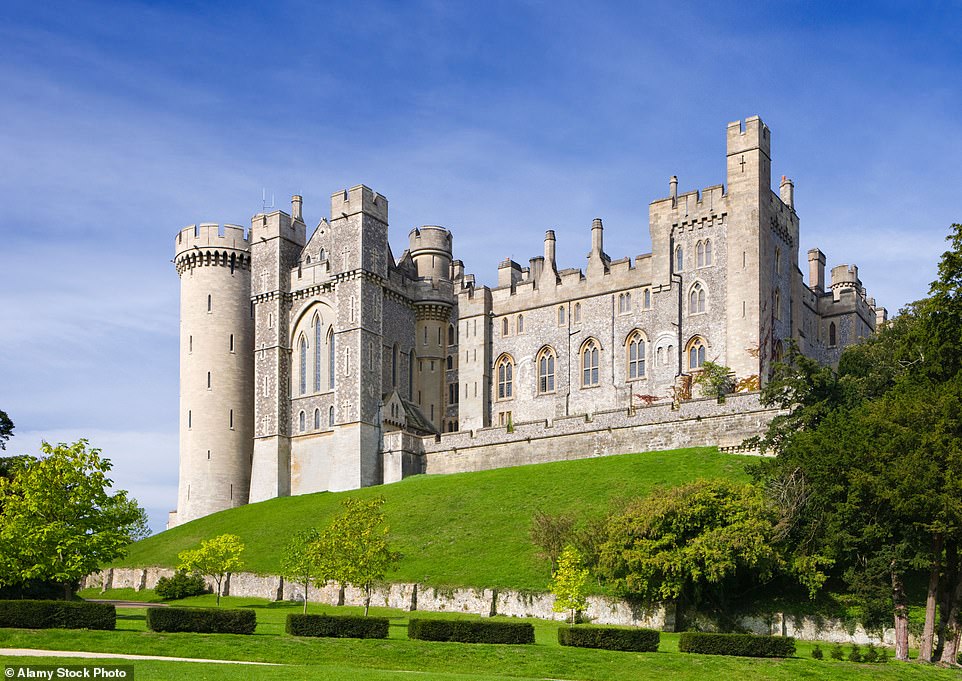 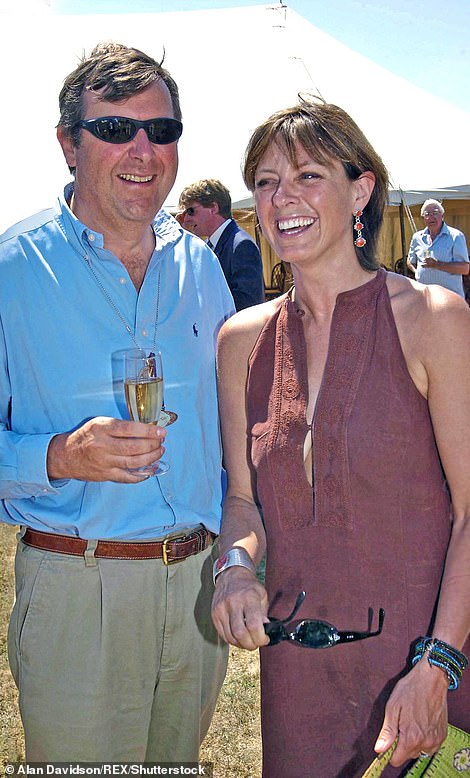 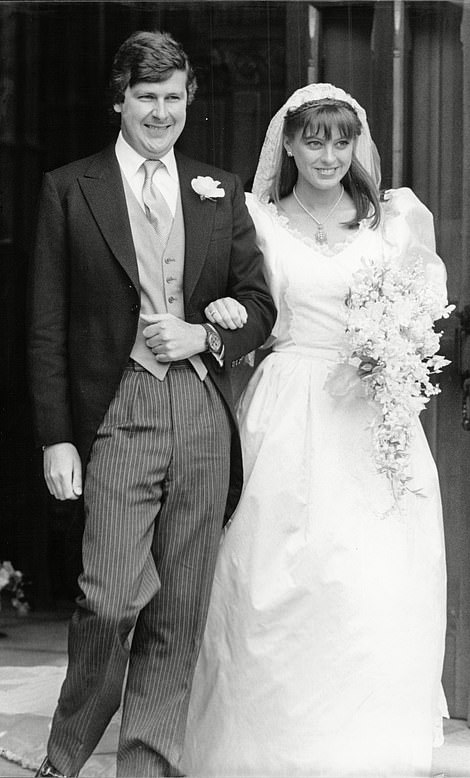 Edward William Fitzalan-Howard and Georgina at the Festival of Speed at Goodwood, Surrey in 2003. The couple married in 1987 and have five children, now aged between 24 and 33. They separated in 2011, much to the sadness of close friends and family, and the split was said to be so acrimonious that they missed the Royal Wedding of William and Kate to avoid being in the same room as each other. They are now divorced, the duke told The Mail on Sunday 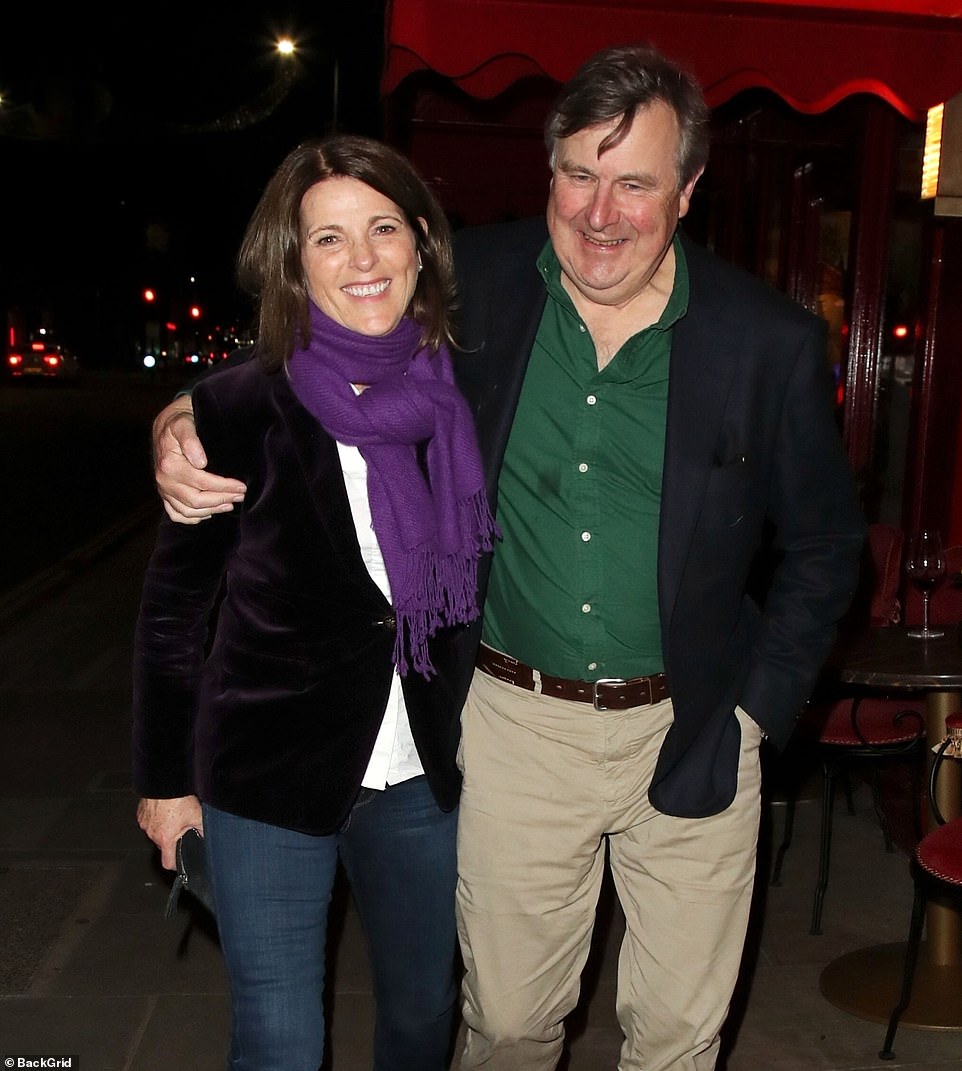 The Duke with his new partner, Chica Herbert

The couple married in 1987 and have five children, now aged between 24 and 33. They separated in 2011, much to the sadness of close friends and family, and the split was said to be so acrimonious that they missed the Royal Wedding of Prince William and Kate Middleton to avoid being in the same room as each other.

By 2016 they were back together, just before the wedding of their eldest son Henry, who will one day take on the prestigious title of 19th Duke of Norfolk.

The late Queen was said to be delighted at this reconciliation, while the Catholic Herald ran an article praising their decision to stay together.

But last year the Duke said the reunion had been short-lived and he was now in a new relationship with Francesca Herbert, mother of socialite Frankie Herbert and ex-wife of Harry Herbert whose father, the 7th Earl of Carnavon, was the Queen’s closest confidant.

At the time, the couple maintained they had no plans to divorce and, as recently as April this year, the Duke would only go as far as to say their future was ‘uncertain’.

But the duke last month revealed the divorce papers were signed in June, telling The Mail on Sunday: ‘By God we tried. For the sake of the family, and because we are Catholic, we really, really tried everything. It proved completely impossible and we had to move on. The final divorce bit was instigated a year ago and now it’s finally come through. It’s just terribly sad, but we have to move on for the sake of the children – we can’t go on putting them through this.’ 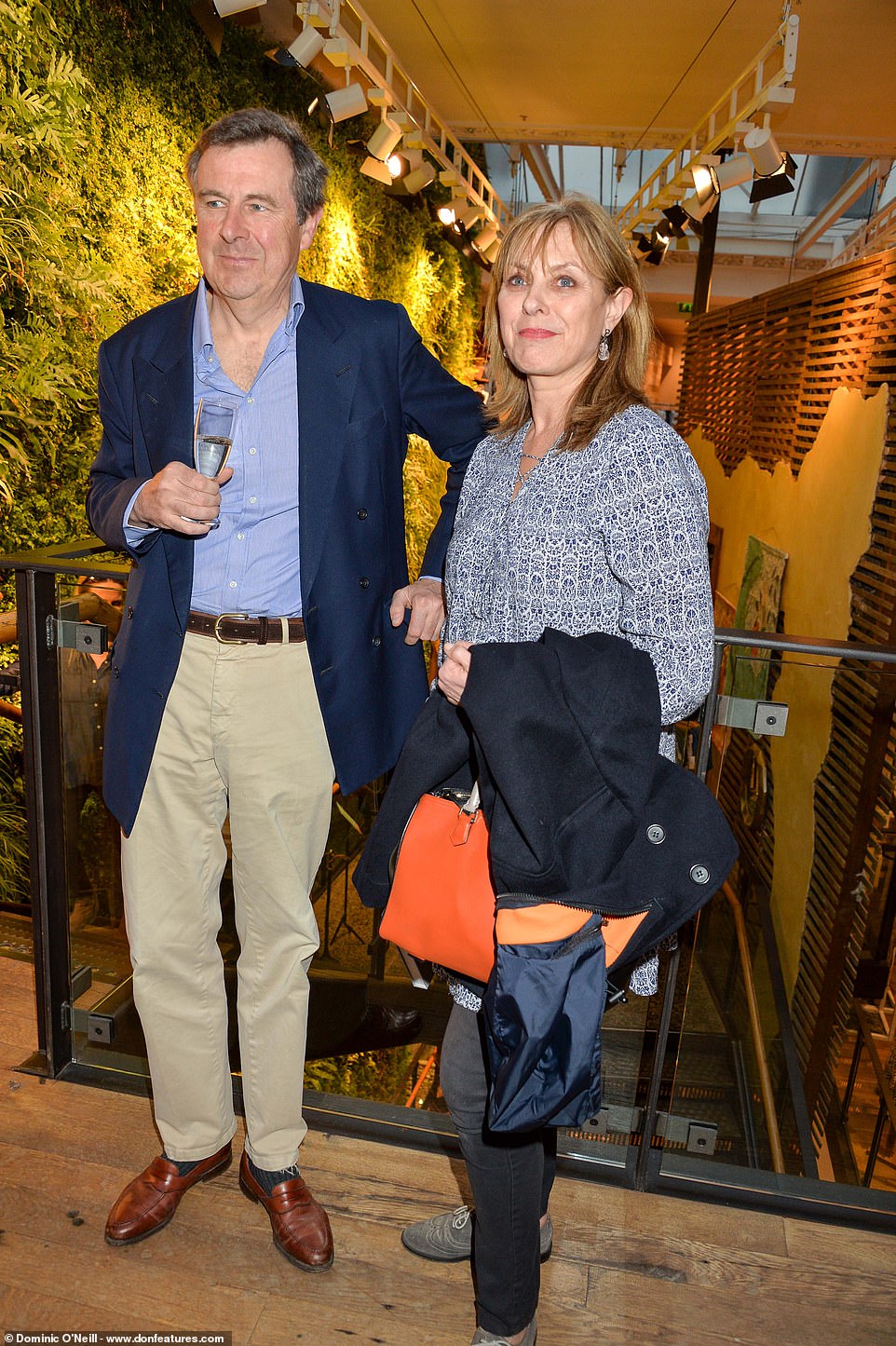 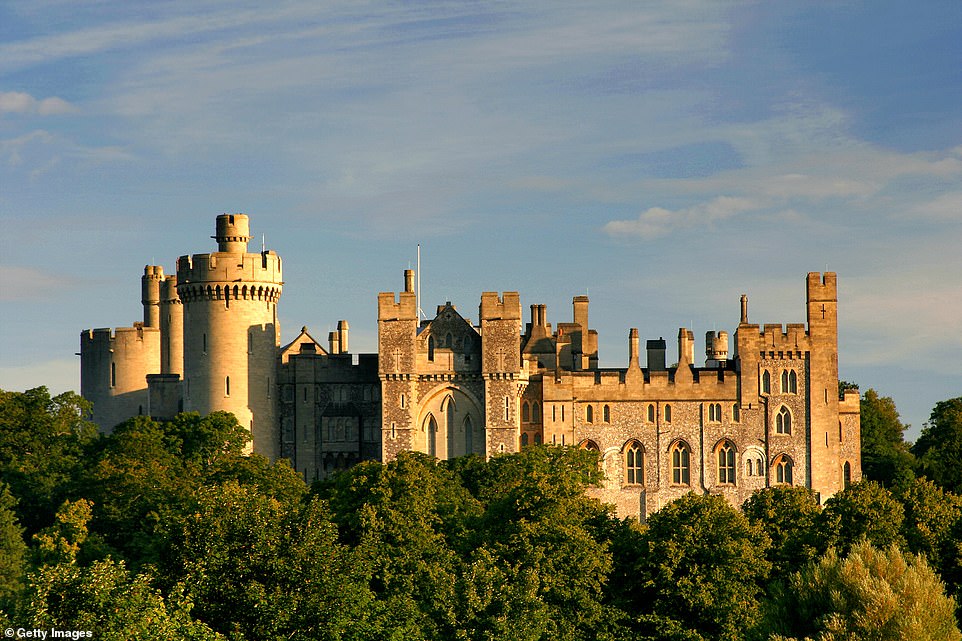 Arundel Castle was built at the end of the 11th Century. It is now the home of The Duke and Duchess of Norfolk 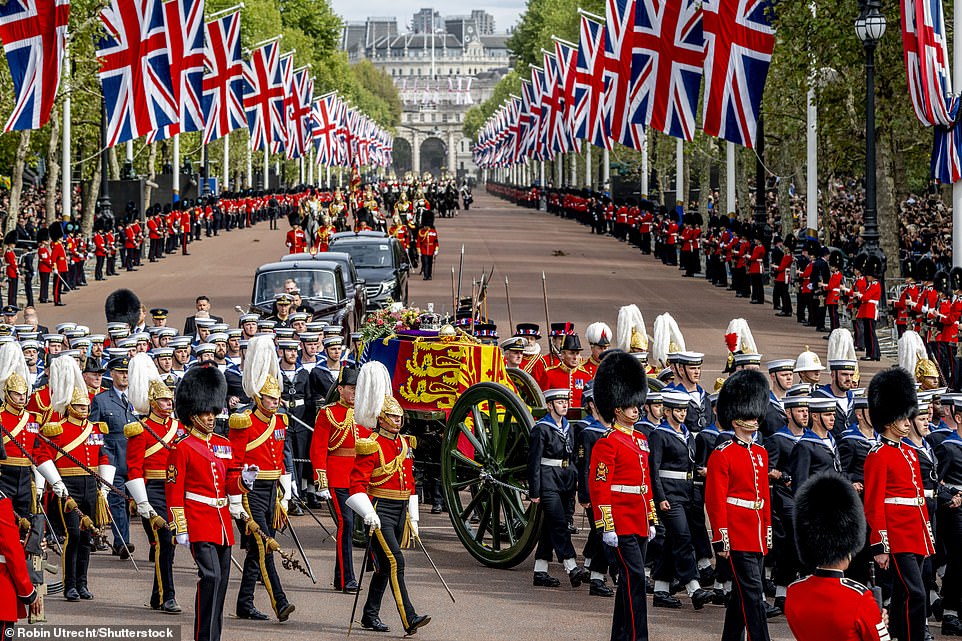 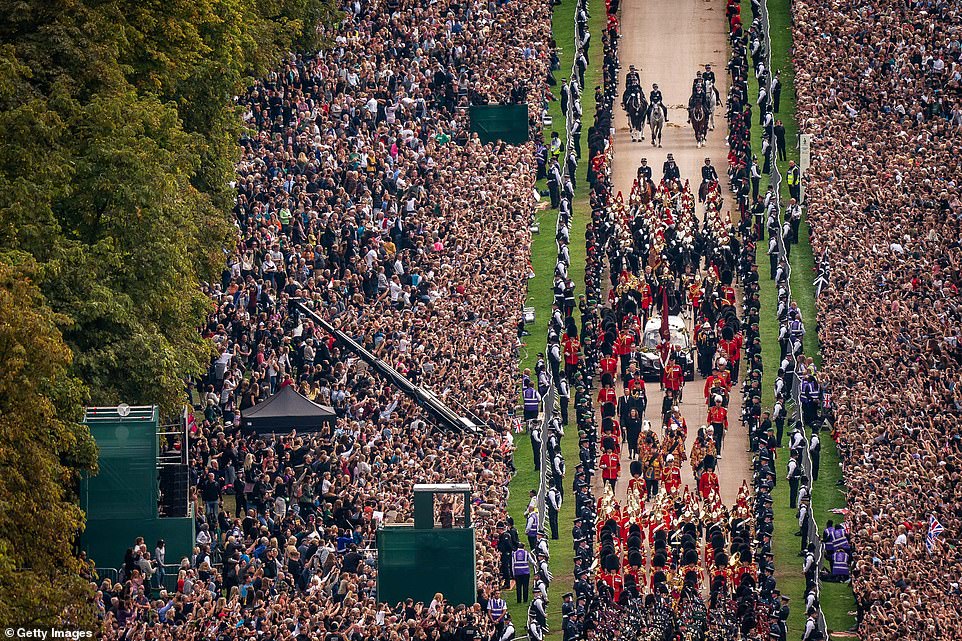 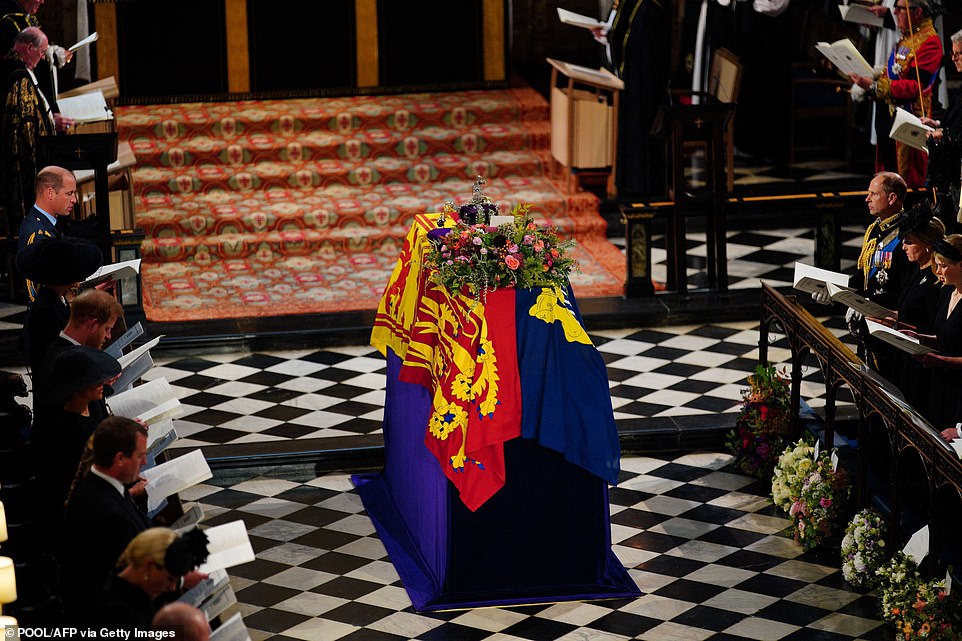 Georgina, 60, has kept the couple’s Angmering Park House and 100 acres of the estate, which forms a small part of 16,000 acres owned by the Duke on the South Downs.

He lives less than two miles away at Peppering Farm, a property which was once occupied and decorated by the duchess during one of their trial separations.

While his title would imply he lords over Norwich, the traditional seat of the Duke of Norfolk is almost 200 miles away at Arundel Castle in West Sussex.

This situation is not uncommon, with very few British dukes living near the origin of their title. Chatsworth House, the home of the Dukes of Devonshire, is in Derbyshire. Similarly, for centuries the Duke of Westminster’s traditional seat has been Eaton Hall in Cheshire.

The reason for absenteeism among the dukes is usually one of history. Many owned their homes and land before they took on their titles. Indeed, they were usually given dukedoms precisely because they were rich enough to own plenty of land, so they tended to remain in their existing homes.

Arundel Castle was given to ancestors of the present Duke of Norfolk shortly after the Norman Conquest in the 11th Century, while the title was created several centuries later.

Traditional seats are often irrelevant now, with many sold or lost to death duties. For instance, the Duke of Manchester lives in Las Vegas, and has at times found his ducal seat to be the High Desert Nevada State Prison – a far cry from the family’s 17th Century Kimbolton Castle, which is now a school.

The Duke of Norfolk also told The Mail on Sunday: ‘Since the divorce, to be truthful, there’s no sharing. The castle is mine now, for family and weekends. Her area of influence is just Angmering House.

‘The financial settlement was agreed a long time ago, but since then we reconciled – now it’s been put into action after all. The biggest hardness is just the sadness of the two of us not succeeding in making it work. That’s the biggest sadness, honestly. There wasn’t one thing that broke us – we tried and tried and tried, over eight years.

‘We really have given it our best shot, there’s no doubt about it. It’s completely amicable and terribly sad.’