What IS he doing? Smartly-dressed man is seen running and jumping along TOP of 23-story NYC building in the pouring rain – and then sneaking into open window

By Ty Roush For Dailymail.Com

The wind and rain wasn’t enough to stop one man captured on film from running across the roof of a downtown Manhattan building.

An unidentified man, dressed in a suit and wearing dress shoes, is seen on top of the 23-story West Street Building, located across the street from the National September 11 Memorial.

One video shows the man walking around a corner awning and taking photos. He then stops to take a phone call while pacing back and forth.

Once he finished his phone call, the man starts to run across the roof’s awnings until he approaches one apartment window, which he then enters the building through.

Captured by Erik Ljung from a top floor at the adjacent 200 Liberty Street building, the man is seen blurred out by the rain as his clothes flap against the wind. 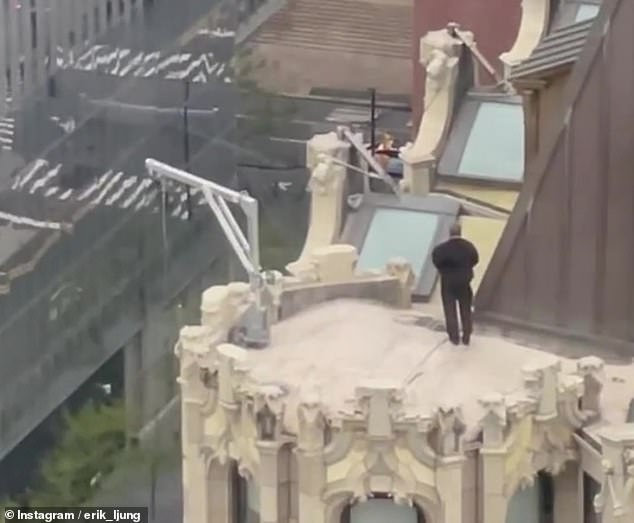 Pictured: A man is seen on video walking on the roof of the 23-story West Street Building 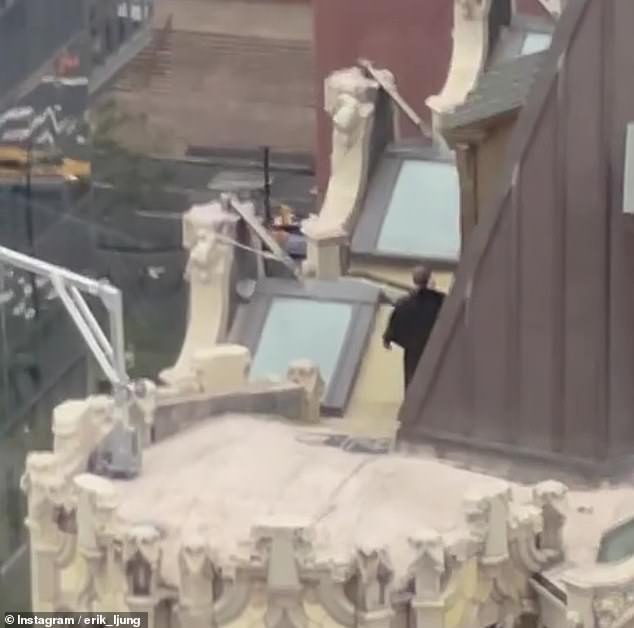 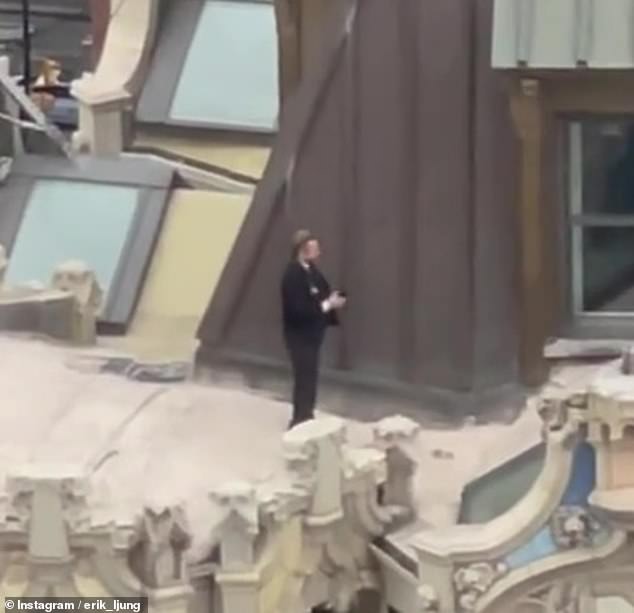 He returns to the corner as he holds a phone call 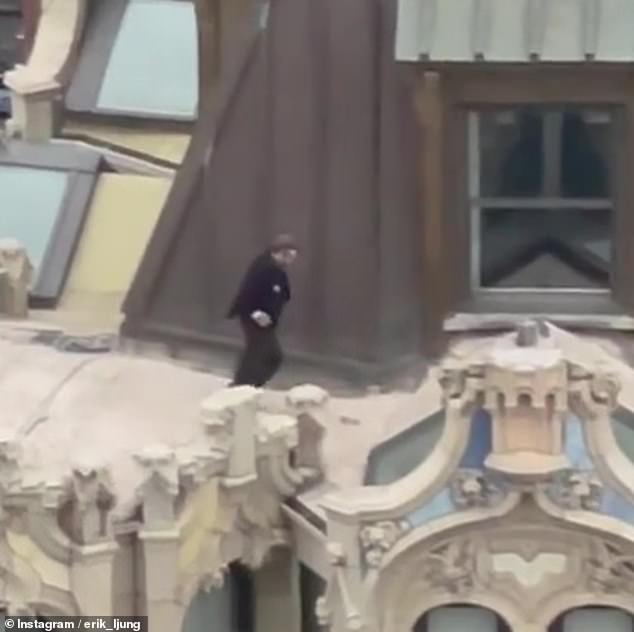 Then, after hanging up, the man begins to run up one of the building’s awnings 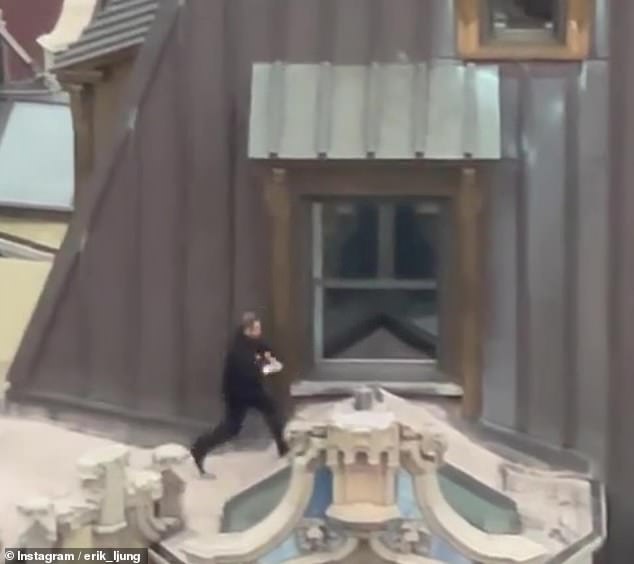 He starts to run, going up and over the curved edge 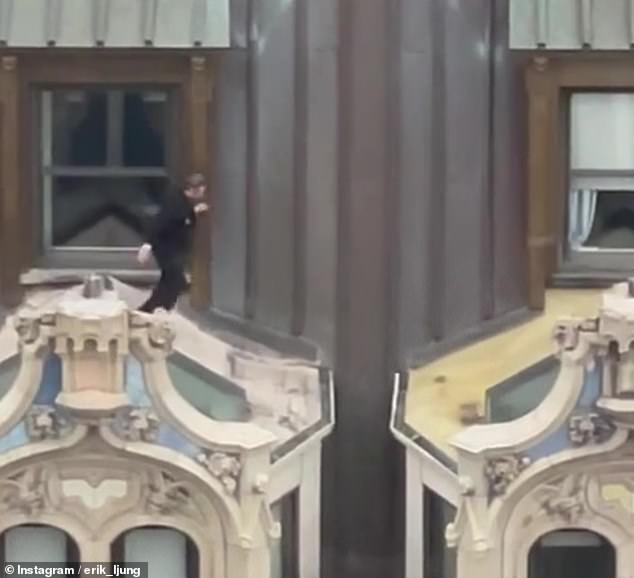 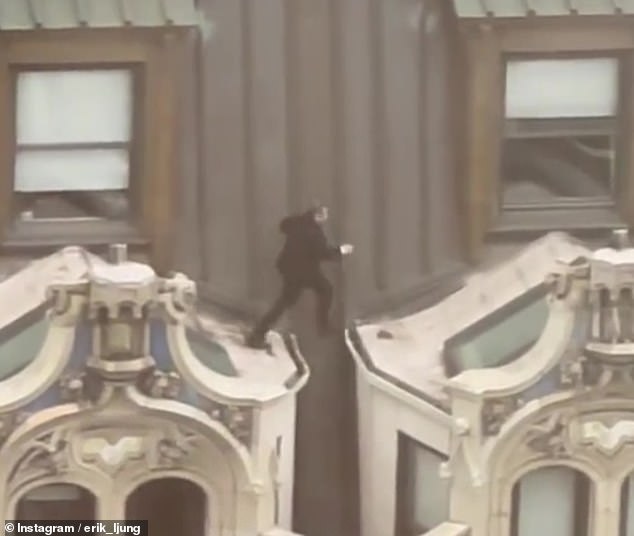 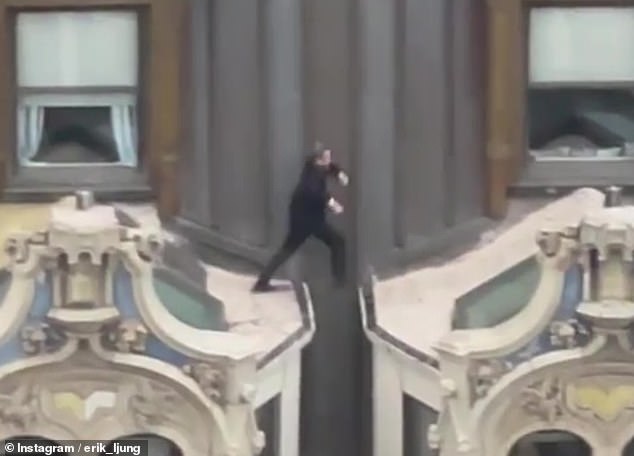 He continues this set of motions until he approaches one apartment 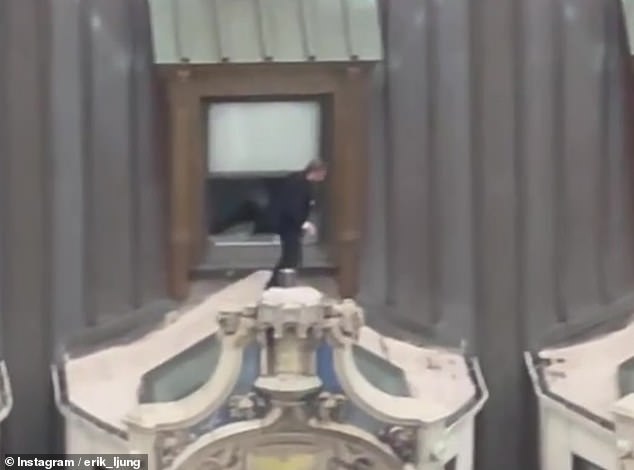 ‘Been getting a lot of questions,’ the caption reads. ‘I have no idea what the dude was doing.’

In two separate Reddit posts, which circulated the video, Ljung provided context leading up to him taking the video.

‘(I) have no idea what was going on here,’ he wrote. ‘This morning the security in the building I’m working out of said it was being shared all over their Slack channel, however they also don’t have a clue what was going on.’

LA attorney claims two women drugged and robbed him of three Rolex watches, and $17,000 of property