The Home Secretary has sparked an open justice row by revealing she supports controversial moves to grant criminal suspects blanket anonymity until they are charged by police.

Suella Braverman said she believes naming suspects after they have been arrested can lead to a ‘media circus’ and potentially jeopardise a fair trial.

But under the proposals, high-profile individuals like Rolf Harris and Stuart Hall would have been protected from being identified, stopping more of their victims from coming forward to police.

Meanwhile, in the case of black cab rapist John Worboys, a large number of women come forward to make allegations against him after news emerges of his arrest. He was eventually convicted in 2009 for attacks on 12 women 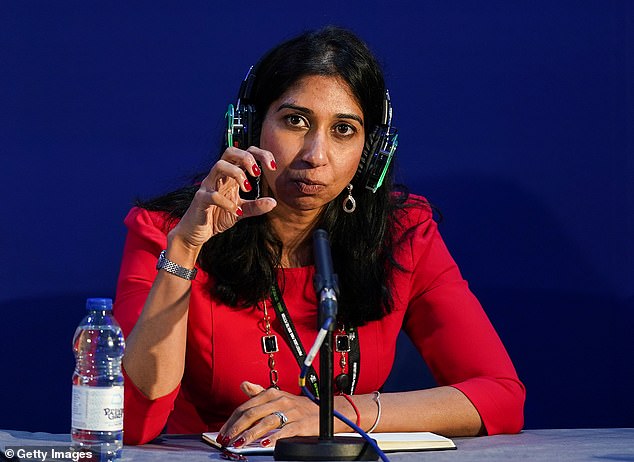 Mrs Braverman was asked about the case of former Conservative MP Harvey Proctor, who was falsely accused of child abuse and has campaigned for suspects to be granted anonymity until charge.

The Home Secretary said: ‘We have had some high-profile cases where the media circus around the suspects has been devastating.

‘I think coverage of people prior to charge can be very damaging, particularly if the charges are dropped. We do have to look at this issue.

‘Individuals and suspects have a right to fair trial and trial by media will only undermine our justice system.’

‘Victims’ charities are strongly against blanket restrictions as it can make it harder to get other victims to come forward in cases where there are serial offenders and harder to get justice as a result.’

Media groups have consistently opposed blanket anonymity for suspects on the grounds it infringes vital principles of open justice.

Crucially, naming a suspect can lead to other victims, or witnesses, contacting police – properly reflecting the scale of a person’s alleged crimes.

This then allows police and prosecutors to build a stronger case against the alleged offender, particularly in sexual offences. 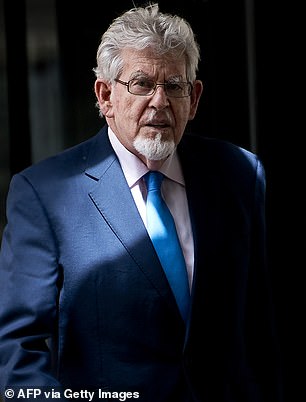 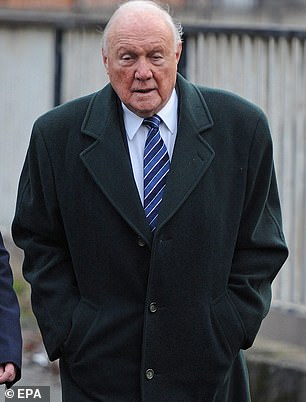 But under the proposals, high-profile individuals like Rolf Harris (left) and Stuart Hall (right) would have been protected from being identified, stopping more of their victims from coming forward to police

Harris, 92, was jailed for five years and nine months in 2014 after being convicted of 12 indecent assaults involving four victims.

Hall, also 92, was jailed for 15 months in 2013 for indecently assaulting 13 girls. This sentence was later doubled.

Sir Cliff Richard, 81, and DJ Paul Gambaccini, 73, who were both falsely accused of historical sex offences but never charged, have campaigned for protection for individuals until formally charged by police.