By Danya Bazaraa For Mailonline

Passengers heading to Heathrow Airport face traffic chaos after a road tunnel to Terminals 2 and 3 partially closed to investigate a gas leak.

Emergency crews including the London Fire Service and Metropolitan Police officers rushed to the scene after a gas alarm was triggered at about 1.15 this afternoon.

Travellers are being warned to avoid travelling by road to the affected two Terminals and advised to use alternative routes as investigations continue.

Police said there was ‘significant congestion’ as firefighters put a ‘hazard zone’ in place.

‘The situation at Heathrow Airport is abysmal,’ one passenger trying to get inside tweeted, as the airport apologised. 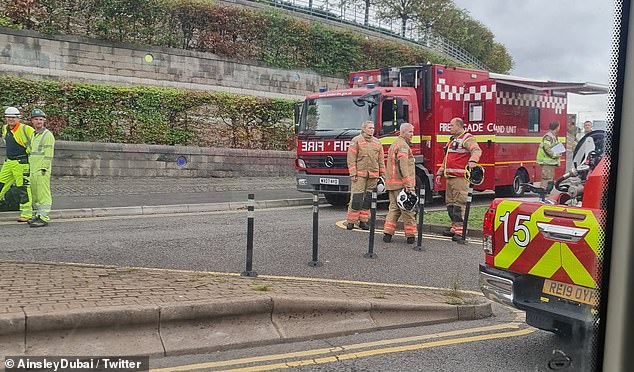 Emergency crews including the London Fire Service and Metropolitan Police officers rushed to Heathrow Airport after a gas alarm was triggered at about 1.15 this afternoon 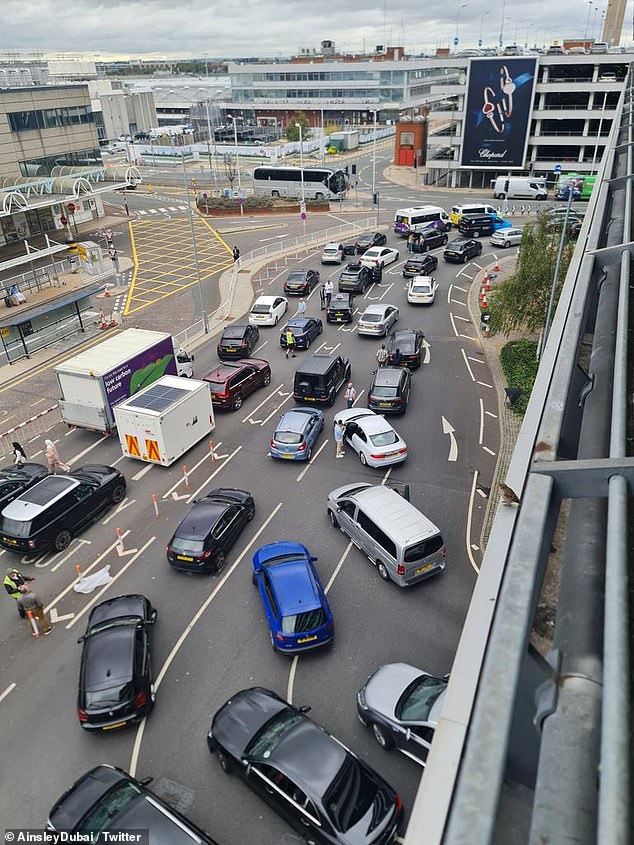 Travellers are being warned to avoid travelling by road to the affected two Terminals and advised to use alternative routes as investigations continue. 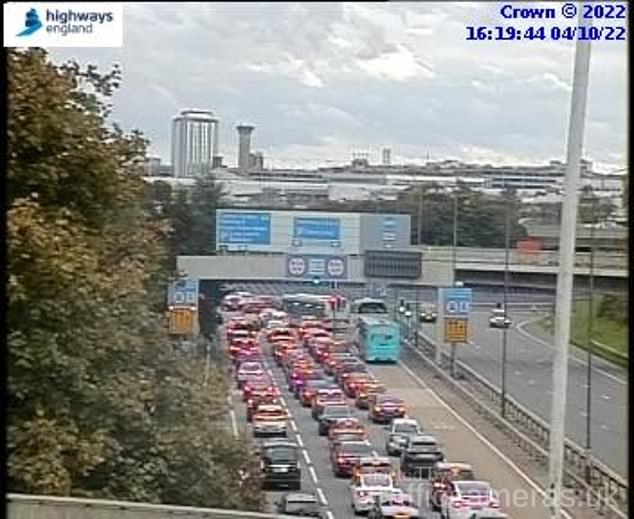 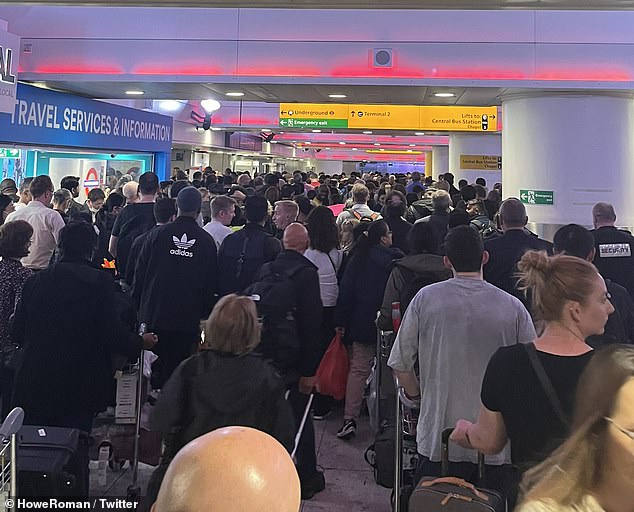 A statement by the London Fire Brigade said: ‘Firefighters have been called to reports of a methane alarm sounding in a tunnel on Tunnel Road East at Heathrow Airport.

‘A gas pipe running through the tunnel has been isolated and crews are carrying out a sweep to check for any elevated readings.

‘Firefighters are working with airport staff and a hazard zone has been put in place as a precaution.

‘The tunnel’s extraction system has been activated and the tunnel has been closed.

‘The Brigade was called at 1319 and remains at the scene. Two fire engines and a fire rescue unit are in attendance.’

Station Commander Jim Berry added: ‘Crews are working hard with partners to resolve the incident, however both tunnels are currently closed and there is significant congestion in the area.

‘Please take this into account when planning your journey.’ 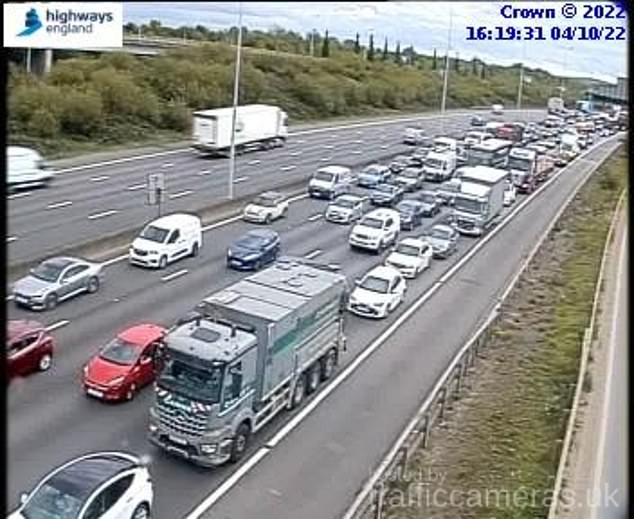 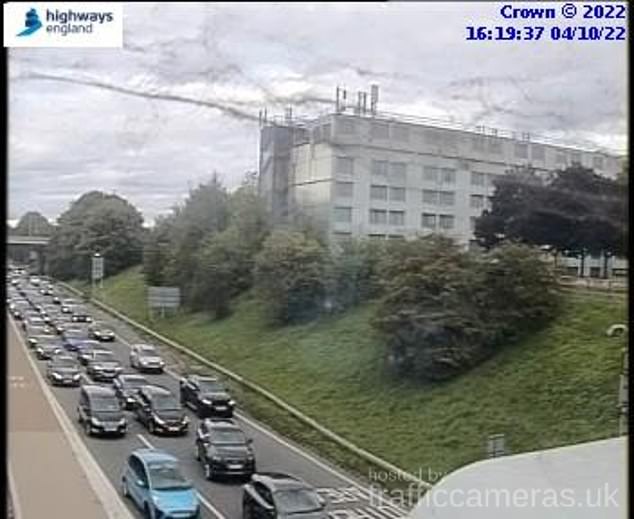 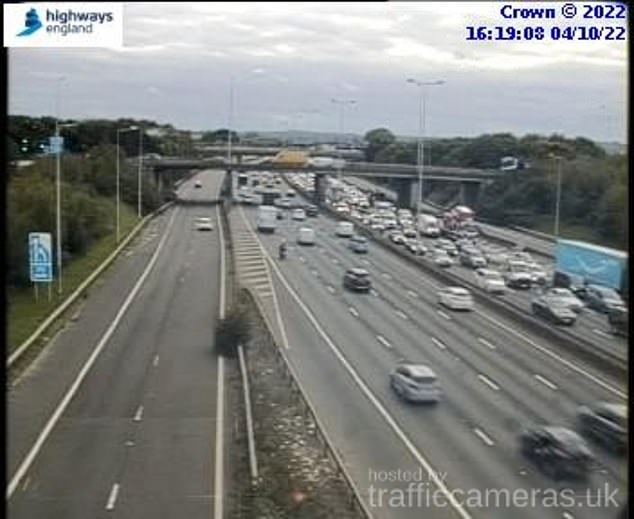 Heathrow Airport confirmed the tunnel to Terminals 2 and 3 is partly closed while their teams and the fire service carry out checks.

A spokeswoman said: ‘There is congestion across Heathrow’s road network and passengers travelling to Terminals 2 and 3 are advised to avoid travelling by road and to instead use the rail network and underground.

‘They may also use the free Terminal transfer service from Terminals 4 and 5.

‘If you are travelling by road, please allow extra time for your journey. We apologise for any inconvenience caused.’

A Met Office spokesman said: ‘Officers were called at 13:15hrs on Tuesday, 4 October to the M4 near Heathrow airport.

‘The roads have been closed as a precaution. LFB and Gas Board are attending.

‘There significant congestion while emergency services deal [with the incident].’

Taxi company Addison Lee tweeted: ‘There is a reported gas leak in the tunnel to Terminals 2 and 3 at London Heathrow Airport.

‘ALL LHR drops and collections will be from T5, until further notice. Our teams are working hard to manage live bookings – please contact your driver directly where possible.’