A 17-year-old student died who died from a undiagnosed heart illness which saw his heart rate skyrocket was not seen by a cardiologist when he went to A&E, an inquest has heard.

Christian Hobbs, described as ‘extremely fit’ by relatives, was rushed to hospital on Boxing Day 2017 after his heart rate soared to 240 beats per minute — three times higher than it should be.

The student, who was a boarder at £40,000 per year Rugby School in Warwickshire, died later that day at Peterborough City Hospital.

His grandfather James Christie yesterday told an inquest into the teenager’s death that medics admitted there was ‘no cardiologist on the ward’ during the incident. 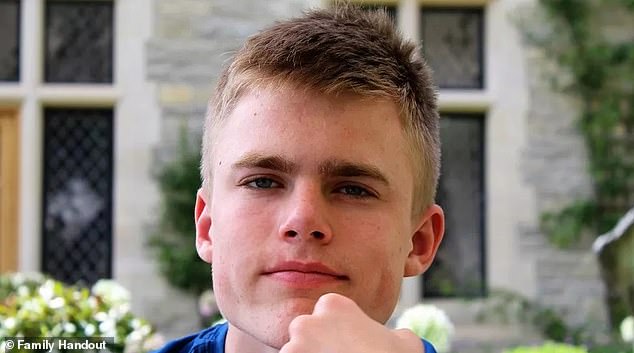 Christian Hobbs, described as ‘extremely fit’ by relatives, was admitted to Peterborough City Hospital on Boxing Day 2017 after his heart rate soared to 240 beats per minute — three times higher than it should be 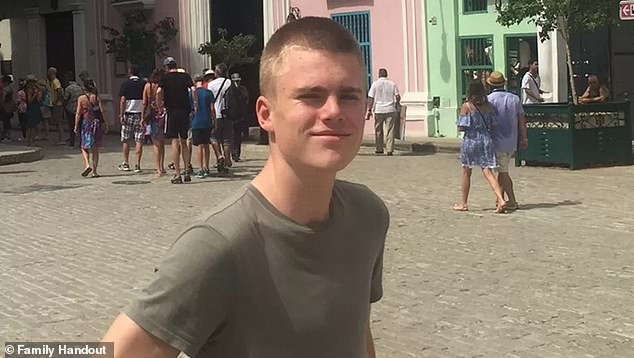 The student, who was a boarder at £40,000 per year Rugby School in Warwickshire, was rushed to hospital but died later that day 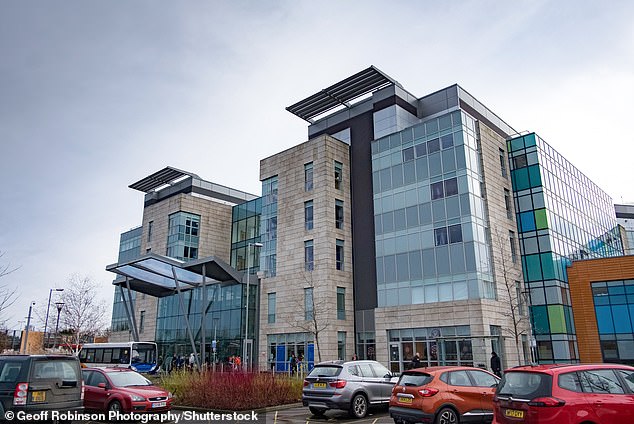 Christian’s parents then rushed him to Peterborough City Hospital. At A&E, he was diagnosed with sepsis and had to be resuscitated at least once

Most adults have a resting heart rate between 60 and 100 beats per minute.

The fitter a person is, the lower their resting heart rate is likely to be.

For example, athletes may have a resting heart rate of 40 to 60bpm, or lower.

People are urged to see their GP if their heart rate is continuously above 120bpm or below 60bpm.

However, medics say it a lower or higher heart rate may be normal for some.

You can check your heart rate by taking your pulse and counting how many times your heart beats in 1 minute (60 seconds).

Your heart rate varies depending on what you’re doing – for example, it will be slower if you’re sleeping and faster if you’re exercising.

To get your resting heart rate, you need to have been sitting still before checking your pulse.

Christian felt unwell with flu-like symptoms on Christmas evening in 2017, which he had spent with his parents Casper and Louise and younger sister, Isobel.

By the next day, Mr Christie, who was staying with his family at the time, said Christian was ‘morbidly pale’ and his pulse had soared.

The youngster’s heart was beating 240 times per minute.

For comparison, a resting heart rate between 60 and 100bpm is normal for most adults.

Mr Christie said despite his grandson’s heart rate, there was barely any pulse detectable in his wrist and ‘essentially no circulation’ in his fingers.

Christian’s parents then rushed him to hospital in their car.

At A&E, he was diagnosed with sepsis and had to be resuscitated at least once.

Speaking on the first day of a two-week inquest, Mr Christie, who is a retired consultant surgeon in orthopaedic trauma, gave evidence to senior coroner David Heming at Peterborough Town Hall.

The BBC reported that Mr Christie told how he went to a meeting at the hospital one month after his grandson’s death, along with the A&E critical care consultant who treated Christian.

Mr Christie said: ‘She said there was no cardiologist on the ward [when Christian was admitted].

‘I found that a bit of a gobstopper. I had to try to work through that in my head.

‘I found that extraordinary that a large receiving unit like Peterborough City Hospital would not have a cardiologist on call.’

He added: ‘A pulse rate of 240bpm, the cardiac output, no radial pulse – I thought that would attract cardiologists from all over the country.’

Edward Ramsay, a barrister representing Christian’s family, said no data from the electrocardiogram – a recording of the heart’s activity – had been provided by the hospital.

He urged the coroner to go to the hospital and ‘interrogate the files’.

The inquest, which is set to end later this month, is set to examine whether the hospital reached out to a specialist heart unit at Royal Papworth Hospital in Cambridge.

It will also examine the training in place at Peterborough City Hospital and any breakdown in communication.

Mr Christie said that his grandson was ‘absolutely delightful’, describing him as an ‘extremely fit’ teenage who ‘loved boxing’.

He had been going to the Heart of England Community Boxing Club in Hinkley, Leicestershire three times a week from the age of 14.

Christian’s friends and family are raising money for the club, which has since had to leave its premises, to create a new gym called the Christian Hobbs Gym, Home of Heart of England Community Boxing Club.