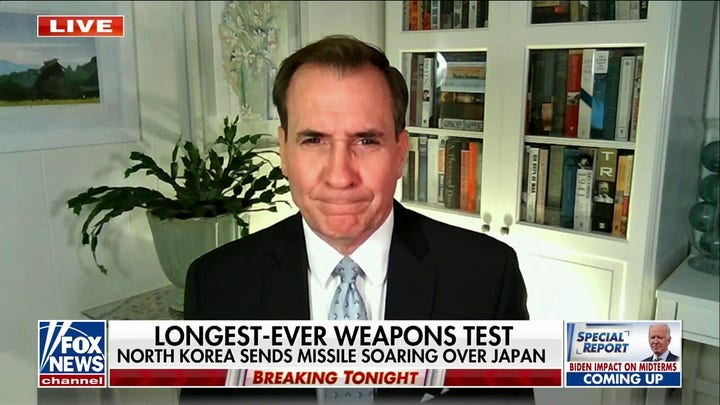 JOHN KIRBY: Look, we’re taking this seriously. This is now like the 23rd missile launch here just this year. With every launch, no matter how it goes, he learns, Kim Jong Un learns, he gets more capable and his program continues to advance. And obviously, that’s of concern to us. So he saw us react to it very swiftly, publicly in denouncing this launch and making it clear that it’s unacceptable. It’s a violation of U.N. Security Council resolutions. And we also conducted two exercises, one with our South Korean counterparts over the West Sea and one with our Japanese counterparts.

This article was written by Fox News staff.