“GABBY IS MY SISTER,” Ye wrote on Instagram Tuesday night while also sharing a picture of Karefa-Johnson.

“IM NOT LETTING PEOPLE GO TO BED THINKING I DIDN’T MEET WITH GABRIELLE AT 5 PM TODAY FOR 2 HOURS THEN WE WENT TO DINNER AT FERDIE (a popular Italian restaurant in New York City).”

The “Yeezy” founder went on to claim their meeting was filmed by Baz Luhrmann, the director of the movie “Elvis,” at the request of Vogue Editor-in-Chief, Anna Wintour.

The “Donda” rapper also claimed they posed for pictures afterward, but he was “instructed to not post them.”

In his post, Ye claimed he felt that Karefa-Johnson was being “used” by her company “to speak on my expression” — which she denied.

“WE APOLOGIZED TO EACH OTHER FOR THE WAY WE MADE EACH OTHER FEEL WE ACTUALLY GOT ALONG AND HAVE BOTH EXPERIENCED THE FIGHT FOR ACCEPTANCE IN A WORLD THAT’S NOT OUR OWN,” he wrote.

The rapper concluded the message by saying, “SHE DISAGREED I DISAGREED WE DISAGREED. AT LEAST WE BOTH LOVE FERDIE AND FASHION.”

Although West seems to be trying to patch things over, Gigi Hadid was quick to stand up for her friend — once again — by correcting the rapper, “It’s Gabriella*.”

Vogue also confirmed that Ye and Karefa-Johnson met up before condemning his treatment of their employee in an Instagram post on Tuesday.

“Vogue stands with Gabriella Karefa-Johnson, our global fashion editor at large and longtime contributor. She was personally targeted and bullied. It is unacceptable,” the magazine said in a statement.

“Now more than ever, voices like hers are needed and in a private meeting with Ye today she once again spoke her truth in a way she felt best, on her terms.” 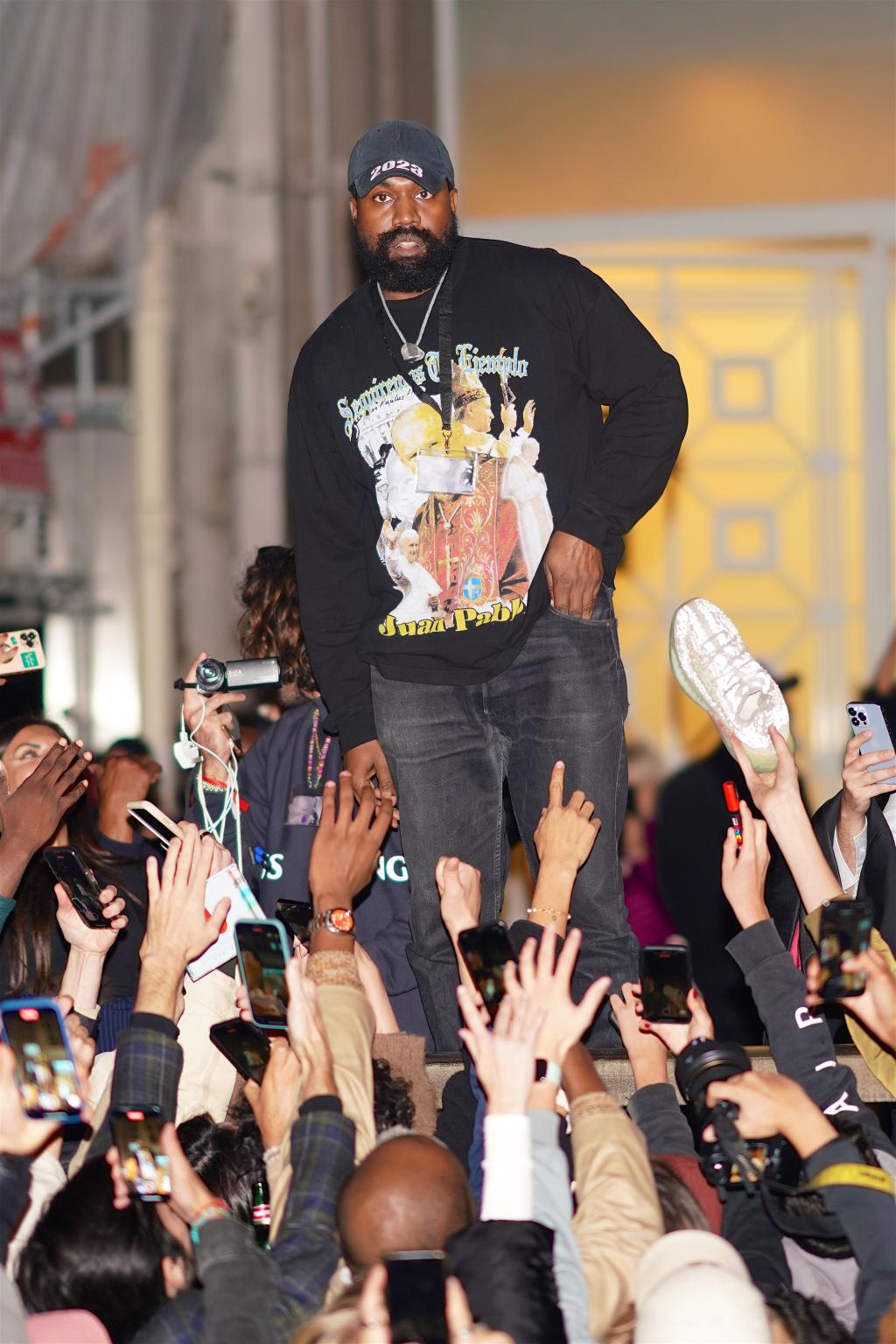 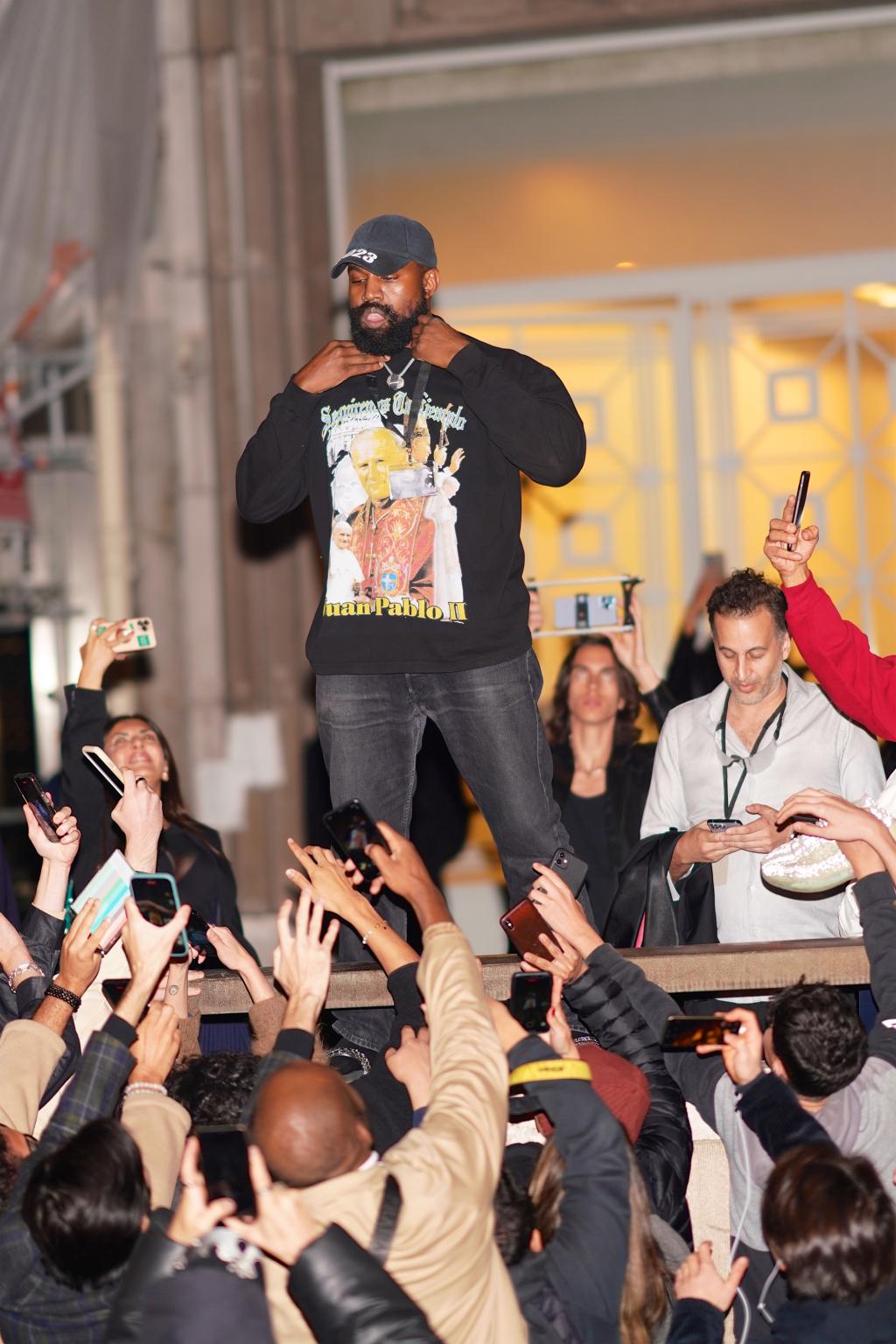 The couple has been together since their high school days…

Ye’s most recent feud started after the Vogue editor slammed West’s “White Lives Matter” designs as “indefensible behavior” while she sat front row at his show in Paris.

“I’m fuming… collecting my thoughts …,” she wrote via her Instagram Story along with a video of her reaction to the fashion show.

“I guess I get what he tried to do– he thought it was duchampian. It wasn’t,” she wrote in another Instagram Story. “It didn’t land and it was deeply offensive, violent and dangerous.”

“There is no excuse, there is no art here,” she continued. “I do think if you asked Kanye, he’d say there was art, and revolution, and all of the things in that t-shirt. There isn’t.”

After seeing her Stories, Ye went after the Vogue editor’s fashion choices.

“This is not a fashion person,” West captioned a since-deleted photo of Karefa-Johnson wearing brown boots, a striped knit skirt, a yellow graphic T-shirt and a corduroy trench coat with bold accessories.

In a separate post, he zoomed in on the boots and wrote, “I KNOOOOOW ANNA HAAAATES THESE BOOTS,” referring to Wintour. 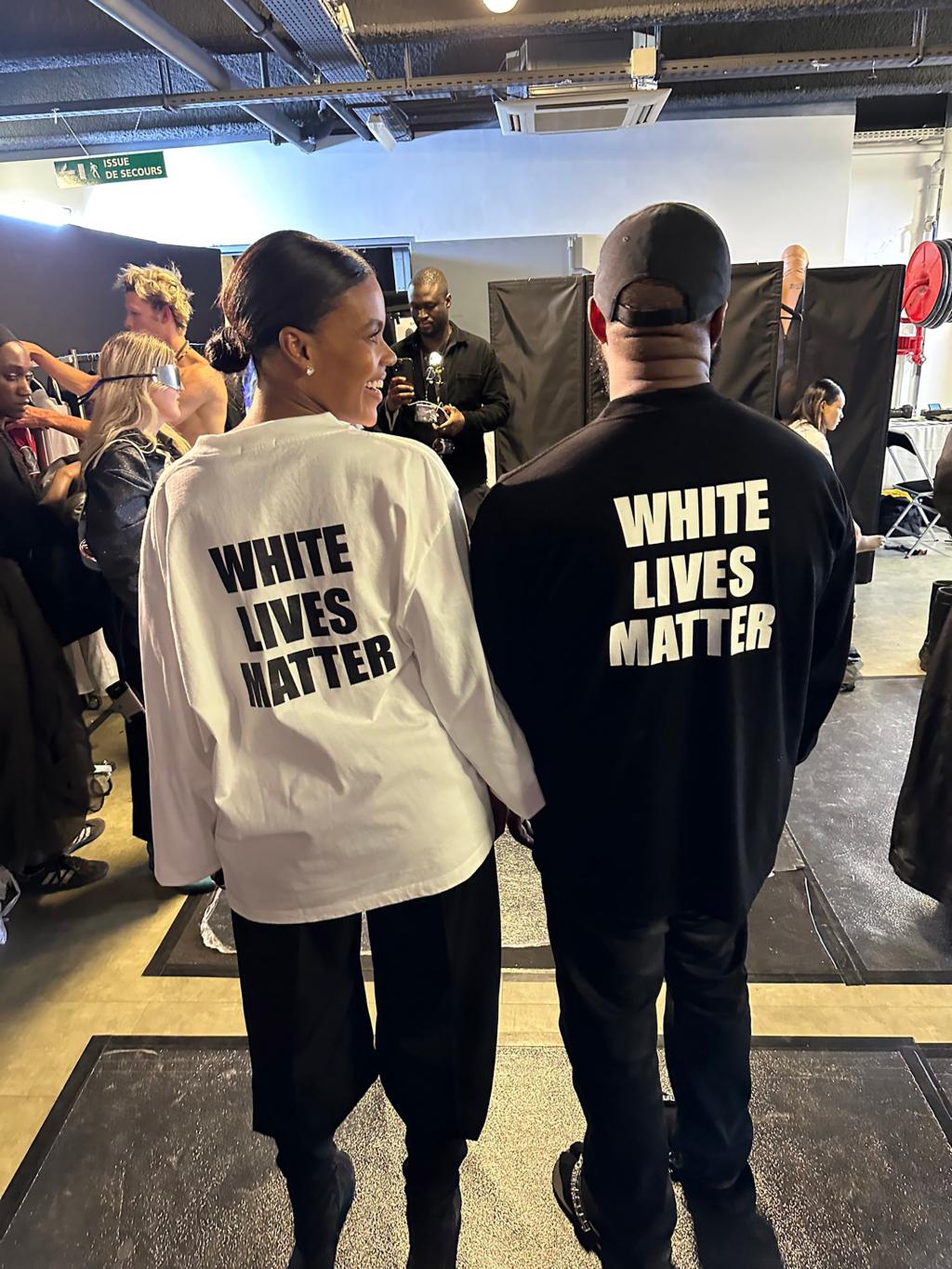 Karefa-Johnson was “fuming” after seeing the shirts on the runway. 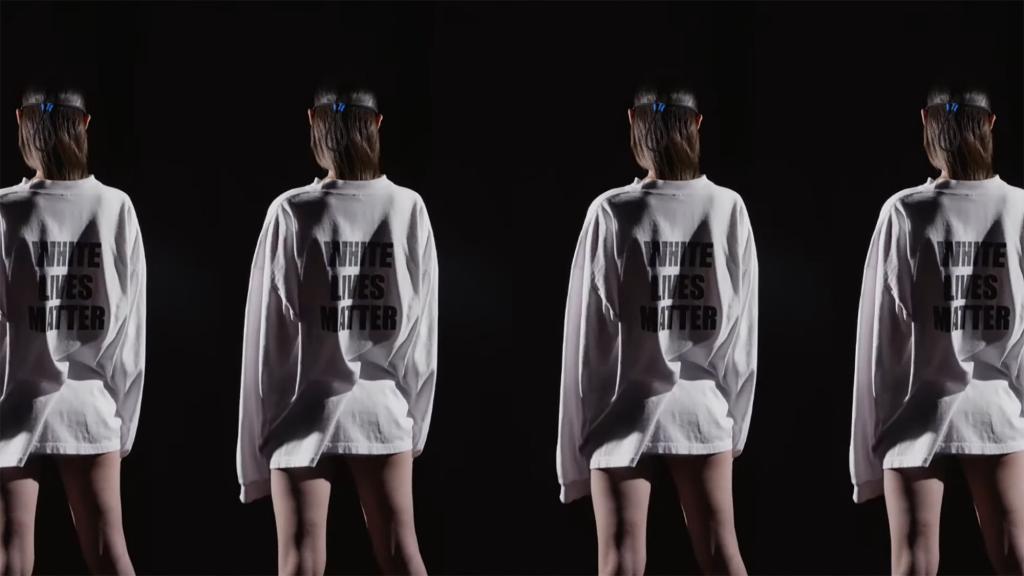 Karefa-Johnson was “fuming” after seeing the shirts on the runway.

The couple has been together since their high school days…

Karefa-Johnson hasn’t been the only person to speak out in protest of West’s latest design choices.

The rapper’s longtime business partner Jason Lee cut off all ties with the designer following the latest antics.

“I love Ye as a person, and I support free speech. But this is gaslighting black people and empowering white supremacy. Not sure if he has any friends left to tell him but this is utterly disappointing,” the “Hollywood Unlocked” host wrote on Instagram.

“I’m going to exercise free speech and say, nobody black has ever said that white lives don’t matter. But when black people do this it just screams the need for white validation.”

Autopsy pics cause juror to faint

A Look At The Oxford Word Of The Year