Liz Truss is planning new legal curbs on strikes by teachers, doctors, nurses and firefighters to ensure minimum service levels are maintained during industrial disputes, it has emerged.

The Prime Minister is ready to extend draft legislation, aimed at preventing widespread strikes chaos on transport networks, to across the public sector.

The proposal comes amid fears of a ‘winter of discontent’ with teaching and nursing unions currently considering strike action as part of disputes over their pay during the cost-of-living crisis.

The Government hopes the new legislation will prevent unions from ‘holding the country to ransom’.

They also hope it will push Labour into having to choose between backing their union donors or those using public services. 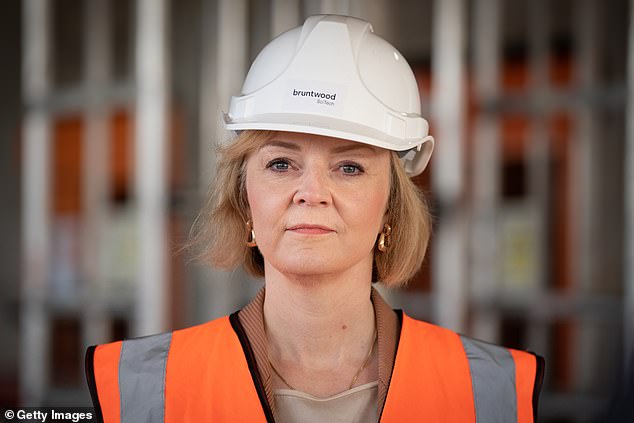 The Prime Minister is ready to extend draft legislation, aimed at preventing widespread strikes chaos on transport networks, to across the public sector 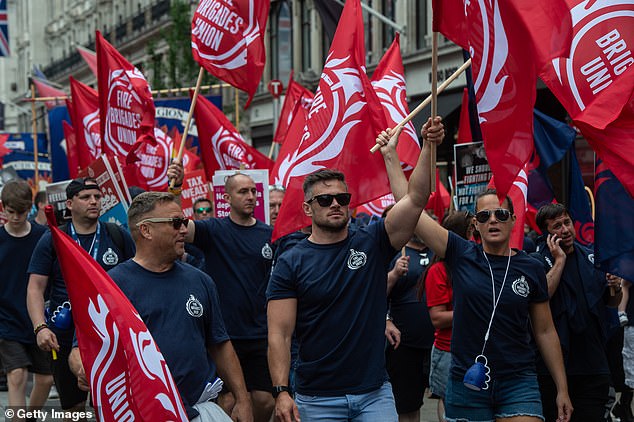 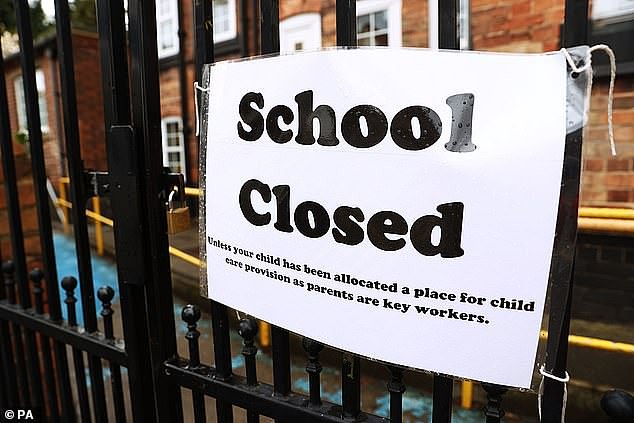 Ministers have repeatedly promised new laws – to fulfil a 2019 Tory manifesto commitment – aimed at ensuring there is a minimum level of service on transport networks during strikes.

According to The Times, the PM is considering an extension of that legislation and told ministers to find ways to apply the principle across the public sector.

Business Secretary Jacob Rees-Mogg has been tasked with drawing up a list of ‘important public services’ on which legal limits on strike action can be imposed.

The newspaper reported the Government is initially looking at applying new strike laws to schools, the NHS and the fire service, while Post Office workers and binmen are less likely to be included and no decision has been made on border control.

Police, prison officers and the Armed Forces are banned from taking strike action.

A senior Government source said: ‘We support the right to strike but ultimately we have to stop unions holding the country to ransom and that applies to other public services as well as transport.

‘Labour would have to decide whose side they are on and I hope in the end they would back us.’

In France there is a legal requirement for all pupils to be allowed to attend schools during teachers’ strikes.

Local authorities must guarantee that children will be cared for, with council officials or even parents deployed to classrooms if necessary.

Some Cabinet ministers are said to fear that bringing in similar laws in Britain will scupper ongoing negotiations with unions and lead to more strikes before the new legislation can be passed.

Trade union leaders have already reacted with fury to the suggestion Ms Truss could bring in fresh legal curbs on strike action.

Paul Nowak, deputy general secretary of the TUC, said: ‘Wouldn’t it be nice if this mess of a Conservative Government put as much effort into boosting pay, ending insecure employment and tackling staff shortages as they do bashing unions & workers?

‘The TUC and our unions will fight 100 per cent to defend the fundamental right to strike.’