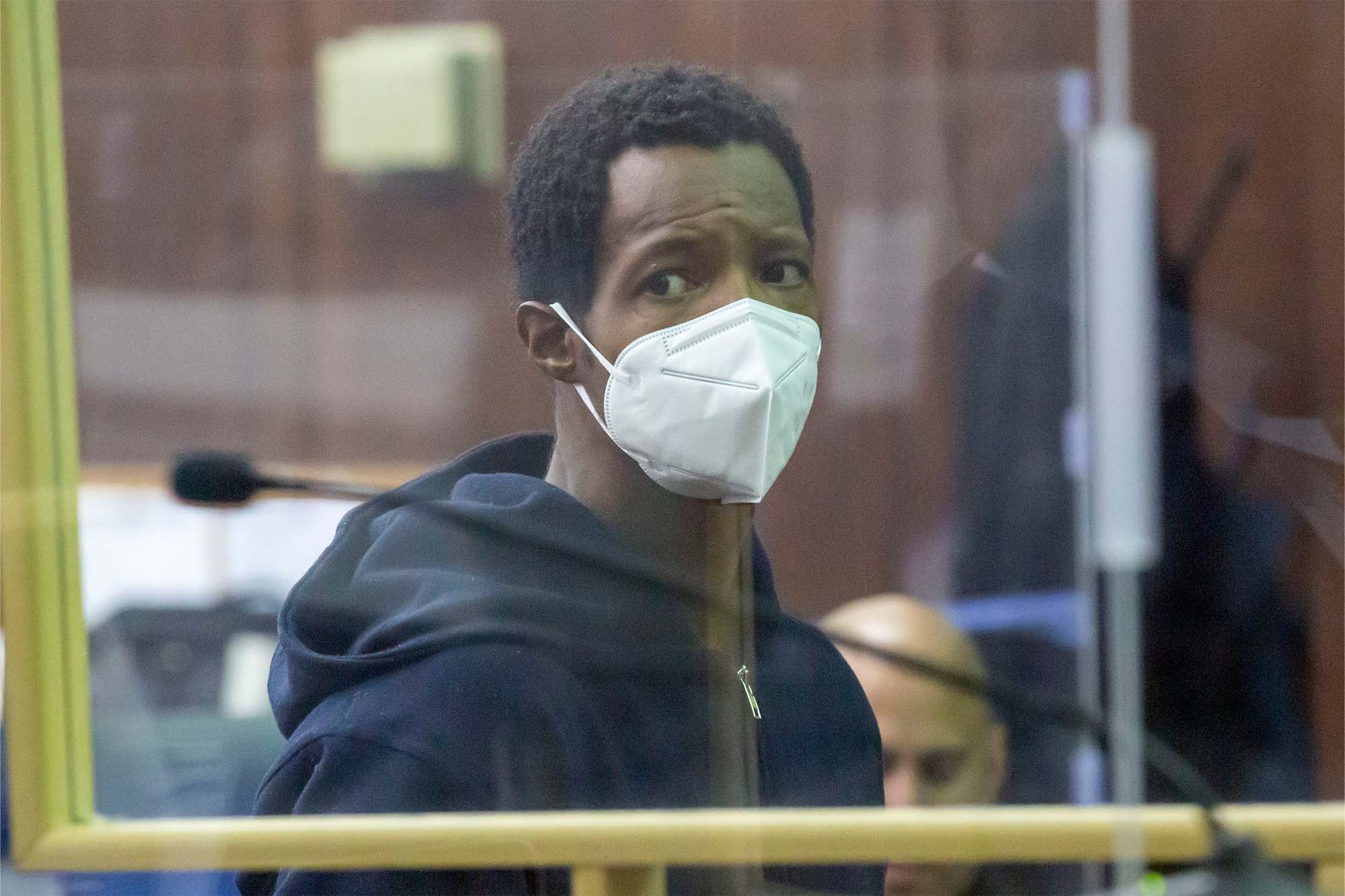 A Bronx vagrant who allegedly shoved a man onto subway tracks Monday and has more than 40 prior busts was ordered held on bail by a Manhattan judge Wednesday night.

Clarence Anderson, who police believe is emotionally disturbed, was ordered to be held behind bars on $60,000 bail at his arraignment for the shoving incident and another case in which he allegedly hurled a rock at a construction worker.

Anderson, 36, reportedly pushed a 25-year-old man onto the tracks at the 14th Street-Union Square station in an unprovoked attack, police said.

He fled the station, and just hours later, he allegedly attacked another innocent New Yorker.

Police said Anderson threw a rock at a construction worker near Columbus Circle. The worker flagged down officers to report the incident.

Anderson was busted for the second attack. Arresting officers then realized he fit the description of the suspect in the shoving crime — which was captured on surveillance video — and charged him in connection to that assault as well.

He was initially taken to Bellevue Hospital in Manhattan for a psychiatric evaluation.

Anderson has a lengthy rap sheet. Records show he has at least three open criminal cases in The Bronx, including for robbery and burglary, in addition to more than 40 previous arrests.

“He shouldn’t have been on the streets,” the subway-shove victim told The Post. “Something needs to be changed or fixed.”

He added that he was relieved he had been arrested.

“Hopefully he isn’t back on the streets,” he said.

Fran Drescher opens up on staying healthy as she gets older