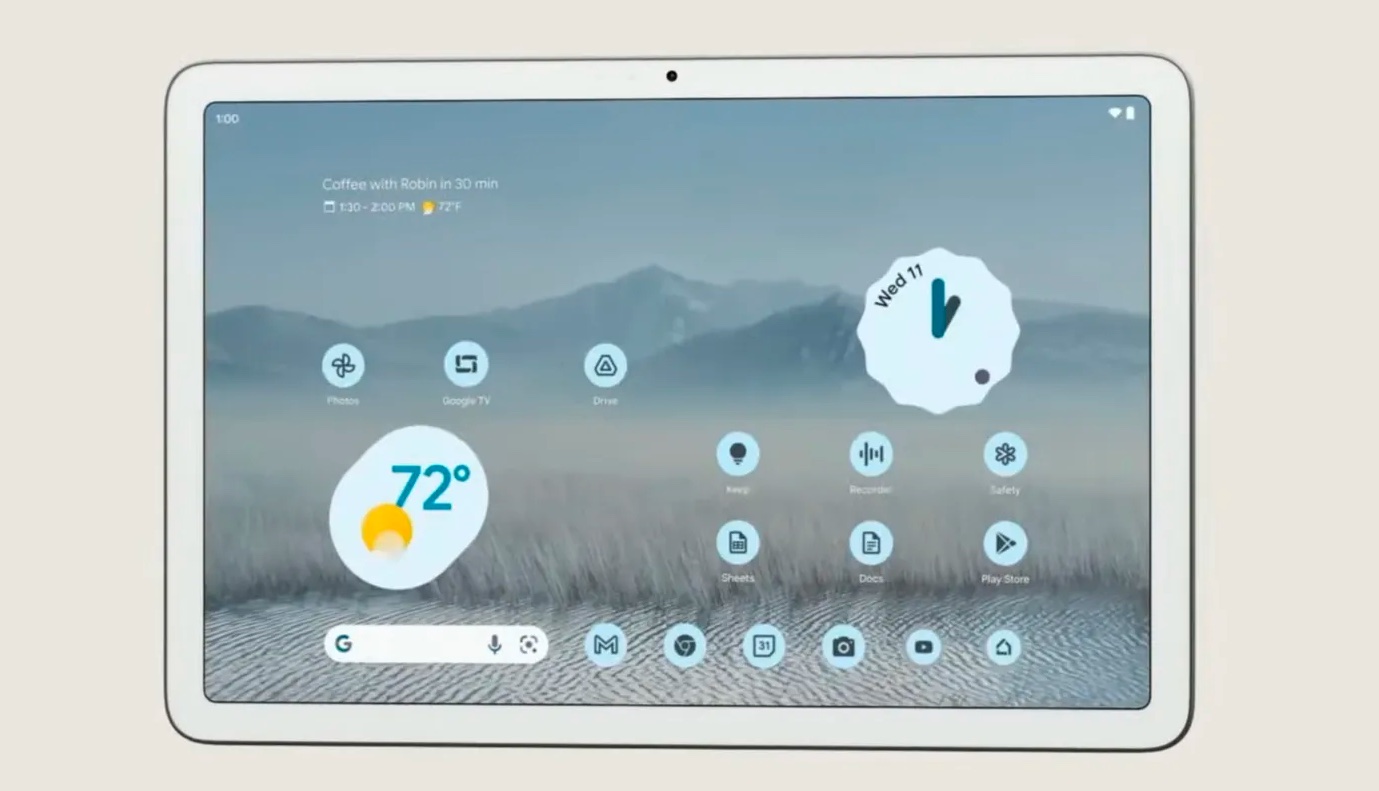 We’re tentatively hoping to hear more about the Google Pixel Tablet at Google’s product launch event tomorrow, but we may have learnt something new about the upcoming tablet thanks to a less deliberate Google reveal.

An accidentally released “dogfood” (internal testing) version of Google Home was pushed out as a regular app update to certain users (via Android Police (opens in new tab)), complete with a warning that it’s a confidential build not for public use. Fortunately, the app’s APK file was copied before it was pulled, allowing Android expert Mishaal Rahman (opens in new tab) to examine the code for the app closely.

While it’s fun to get an early look at Google’s redesigned interface (which was announced officially yesterday), but the part we care about right now is the “Set up your dock” feature that Rahman discovered. The mention of a tablet in the set-up flow, and the lack of tablets currently on the market with dedicated docks make it sound an awful lot like an accessory for the Pixel Tablet. The tablet also had visible metal pins on its back during the Google I/O preview, which suggested accessories of some kind, and a dock would certainly fit the bill.

There’s a setup flow for what’s presumably the Pixel Tablet’s dock. There’s code-names for two docks in the app: korlan and yuzu. pic.twitter.com/QsRqmW2iD4October 5, 2022

The references to “Dim lights with your voice” and “enjoy hands free controls” also suggest that Google intends for its Pixel Tablet to act as a mobile Nest Hub as well as a regular slate. That gives it a key advantage over the iPad family for smart home fanatics, as Apple’s removing the ability to use iPads as HomeKit Hubs in iPadOS 16.

The other notable thing from the prematurely launched Google Home app is that it now lets you add Matter devices, which use the new united smart home standard that Google, Apple, Amazon and other smart home companies have developed together. There are no specific Matter-compatible devices on sale yet, but many of the best smart home devices will work with Matter, and therefore be controllable via this new Google Home app.

If we’re lucky, Google will confirm this Pixel Tablet feature, and others, at today’s Google October event. We know this presentation will be focussed mostly on the Google Pixel 7, Pixel 7 Pro and Pixel Watch, but we hope Google will have time to tell us more about its new tablet, and maybe even the long-rumored Google Pixel Fold.