Feeling broody, Kate? Princess of Wales beams as she cradles a two-month-old baby in Belfast – a day after cuddling a newborn in a Surrey hospital

By Lydia Hawken For Mailonline

The Princess of Wales tenderly cradled a two-month-old baby during a visit to a youth charity in Northern Ireland this afternoon, a day after cuddling a baby in Surrey.

Kate, 40, was taken on a tour around Carrick Connect just outside Belfast with Prince William when she met two-month-old baby Isaac.

In a heartwarming video posted by the Daily Mail’s Royal Editor Rebecca English on Twitter, the mother-of-three is seen cooing over the little one.

As well as gently rocking him in her arms, Kate asked his mother – who was standing to the side – how old Isaac was and beamed lovingly down at him. 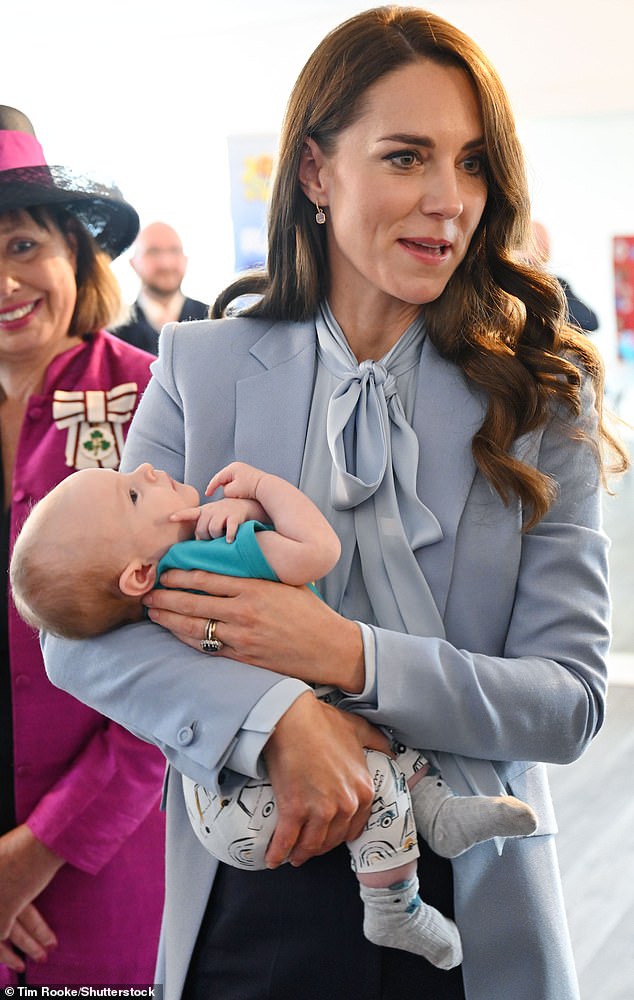 The Princess of Wales, 40, was touring youth charity Carrick Connect in Carrickfergus with Prince William when she met two-month-old baby Isaac 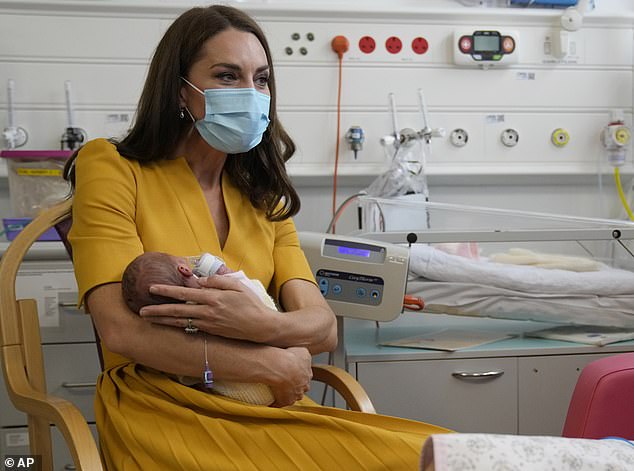 The sweet moment follows the Princess’ visit to a maternity ward at Royal Surrey County Hospital in Guildford yesterday – where she cuddled premature baby Bianca Novak.

One user replied: ‘The Princess of Wales is not just the children’s princess, she’s THE baby Princess. Every baby loves her!’

Another added: ‘I love seeing the Princess of Wales with babies and children.

‘She has such a natural way with them.’ 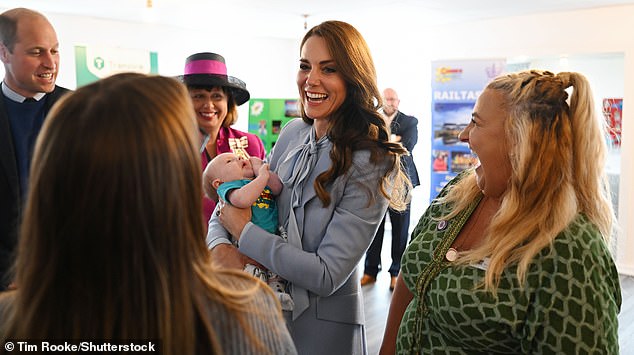 The Princess of Wales shared a laugh with Isaac’s mum and asked how old he was. 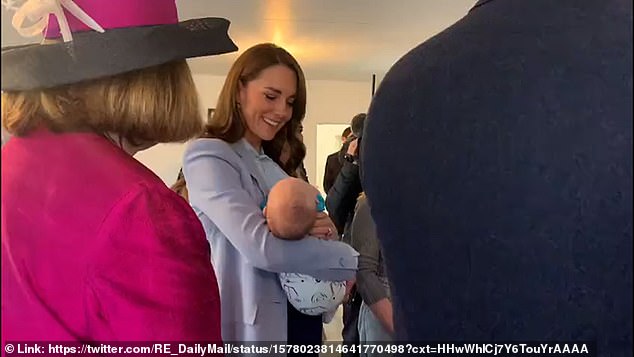 Kate looked perfectly polished in a £295 Winser London silk blouse and matching blue coat, thought to be from Alexander McQueen, as she tenderly cradled Isaac

Yesterday the Princess paid a surprise visit to the maternity ward at Royal Surrey County Hospital in Guildford – where she met new mum Szilvia Novak and her daughter Bianca.

As the pair spoke in the hospital’s Special Care unit, Szilvia asked the Princess if she would like to hold her premature daughter – to which Kate replied: ‘Am I allowed to?’

Cradling the baby girl in her arms, the Princess said: ‘She’s very sweet.’

Szilvia said afterwards: ‘[Kate] was lovely to speak to. I was really impressed. You don’t feel like you have classes between you. It’s really nice.’ 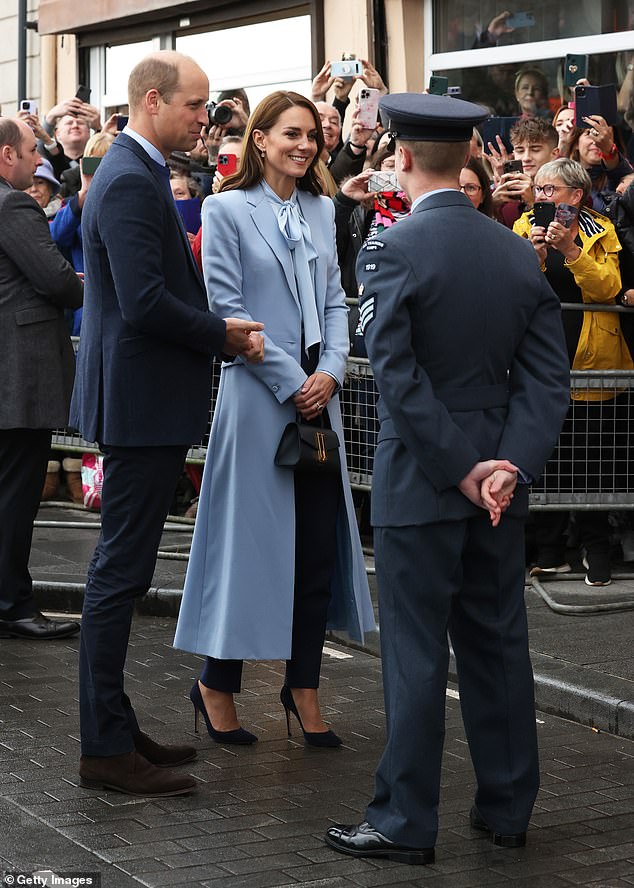 The Prince and Princess of Wales pictured arriving for a visit to Carrick Connect, a youth charity based in Carrickfergus which offers support services to local young people experiencing social or emotional difficulties, as part of a visit to Northern Ireland

During the royal engagement, Kate met with the ward’s deputy director of midwifery Amy Stubbs and spoke about how she and Prince William had chosen names for their children.

Speaking to People magazine, Amy explained: ‘[Kate] said they were their favorite names and that obviously the world was waiting for them to name their children — and that felt like quite a big pressure!’