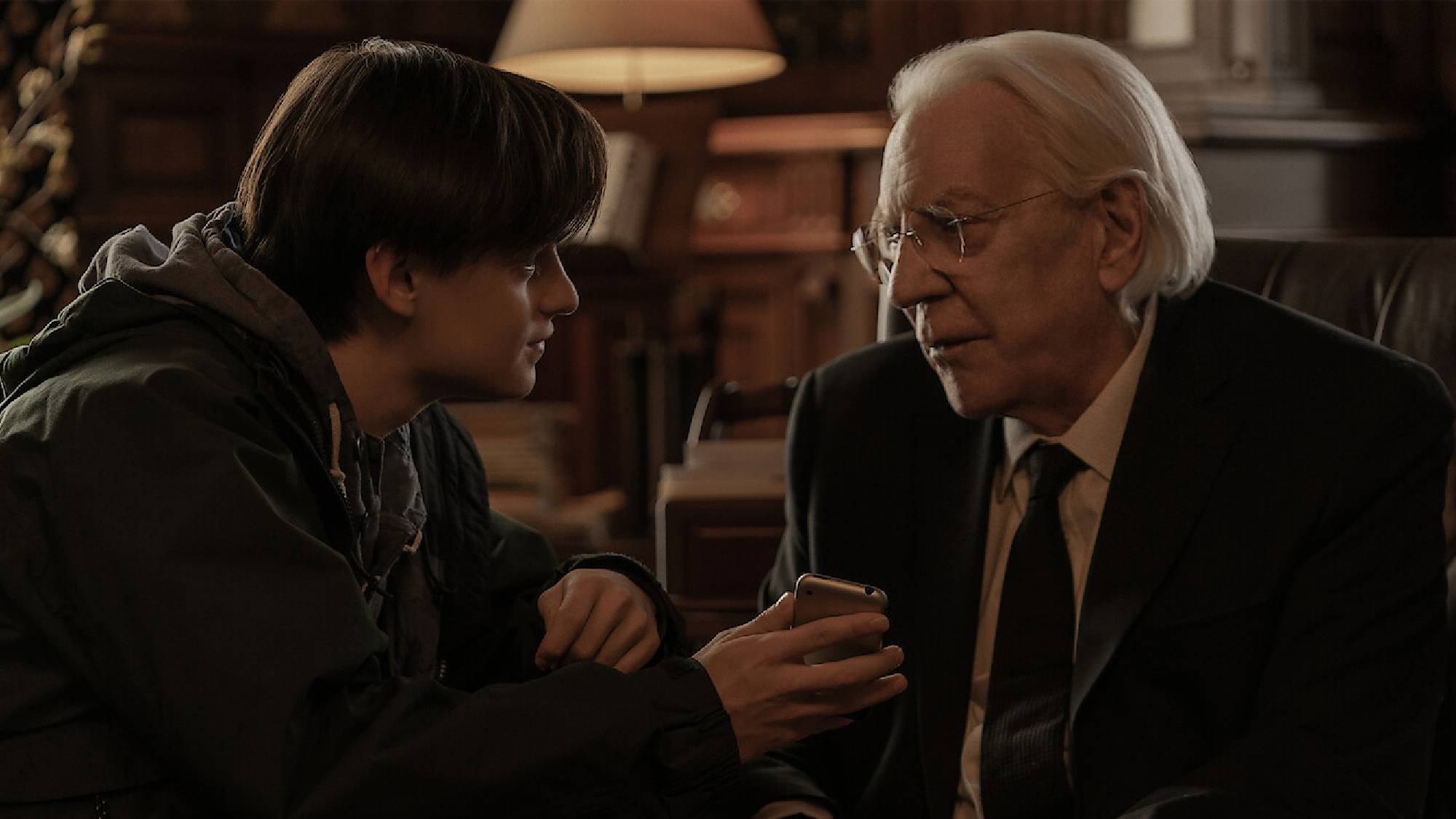 October is the perfect time for watching scary movies with all the lights switched off, and Netflix is hoping to ensnare horror fans with its latest film based on a short story from legendary author Stephen King.

Named Mr. Harrigan’s Phone, the spooky flick arrived on the streaming service earlier this week (Tuesday, October 5) and looks primed to climb the Top 10 list as Halloween rapidly approaches. However, it’s another Netflix film that has split opinions, with viewers seemingly more impressed than critics.

What is Mr. Harrigan’s Phone about?

Mr. Harrigan’s Phone casts Jaeden Martell — no stranger to King adaptions, he also starred in 2017’s It — as Craig, a young boy living in a small town, who befriends the reclusive billionaire Mr. Harrigan (Donald Sutherland).

The unlikely duo quickly strike up a close connection after bonding over their shared love of books and reading. Craig even gives Mr. Harrigan his first cell phone so the pair can stay in touch more easily. However, when Mr. Harrigan sadly passes away, Craig is shocked to discover he can still communicate with his friend via the phone that was buried with him.

Even more disturbing Craig’s real-world tormentors start to experience strange hauntings from a vengeful spirit that Craig suspects could be Mr. Harrigan. Part coming-of-age tale, part horror flick, Mr. Harrigan’s Phone is based on the popular short story from Stephen King’s If It Bleeds collection first released in 2020.

What do critics say about Mr. Harrigan’s Phone?

It’s fair to say that critics have been less than impressed with Mr. Harrigan’s Phone. The movie has scored a fairly disappointing 30% on Rotten Tomatoes (opens in new tab), and while this is far from the lowest score a King adaptation has ever received (2016’s Cell managed just 11%), it’s still a pretty poor rating.

Brian Tallerico of RogerEbert.com (opens in new tab) praised the performances of Sutherland and Martell but quipped that “you’re going to want to send this one to voicemail.” IndieWire (opens in new tab)’s David Ehrlich was even more cutting, declaring “such bottom-drawer source material proves to be an insurmountable disadvantage for John Lee Hancock’s Netflix adaptation of the same name, a downcast and thoroughly dreadful supernatural drama.”

Benjamin Lee of the Guardian (opens in new tab) wasn’t particularly impressed either saying “It’s all rather unforgivably dull, a call to be swiftly ignored.” And AV Club (opens in new tab)’s Courtney Howard concluded their review by noting the film is “more akin to a stern lecture by a grownup than an eerie, unsettling cautionary tale.”

Positives write-ups are currently in fairly short supply, but Slashfilm (opens in new tab) did label the movie “an old-fashioned ghost story.” Furthermore, this is already looking like another case of critics and viewers not seeing eye-to-eye, as Mr. Harrigan’s Phone currently enjoys a much more positive 63% audience score.

Should you stream Mr. Harrigan’s Phone?

Many of the biggest new movies of Halloween 2022 are going theatrical only with the likes of Smile and Halloween Ends not currently available to stream. So, if you’re looking to put together a horror marathon at home then it’s definitely worth considering giving Mr. Harrigan’s Phone a watch.

It’s probably unlikely to be the scariest horror film you’ve ever seen — it’s only rated PG-13 after all — but Sutherland and Martell appear to be on top form, and the premise seems ripe for enjoyable spookiness. Critics aren’t particularly impressed, but don’t write the movie off entirely as Netflix subscribers are clearly making a stronger connection with this one.

Outsider: Jonás Trueba ‘You Have to Come and See It’ ‘Romantic Exiles’