Radiant in white! Queen Letizia of Spain is elegant in a monochrome gown as she visits Royal Academy of Engineering in Madrid

By Harriet Johnston For Mailonline

Queen Letizia of Spain was radiant in a striking black and white gown as she visited the Royal Academy of Engineering in Madrid tonight.

The Spanish royal, 49, was effortlessly elegant in the monochrome midi dress as she arrived at the organisation this evening, which featured a black floral design across the bodice.

She went on to pose for photographs outside the building alongside Spanish Science Minister Diana Morant, and the Royal Academy of Engineering director, Antonio Colino.

The Spanish queen flaunted her dewy complexion, wearing a chic make-up look which brought out her eyes. 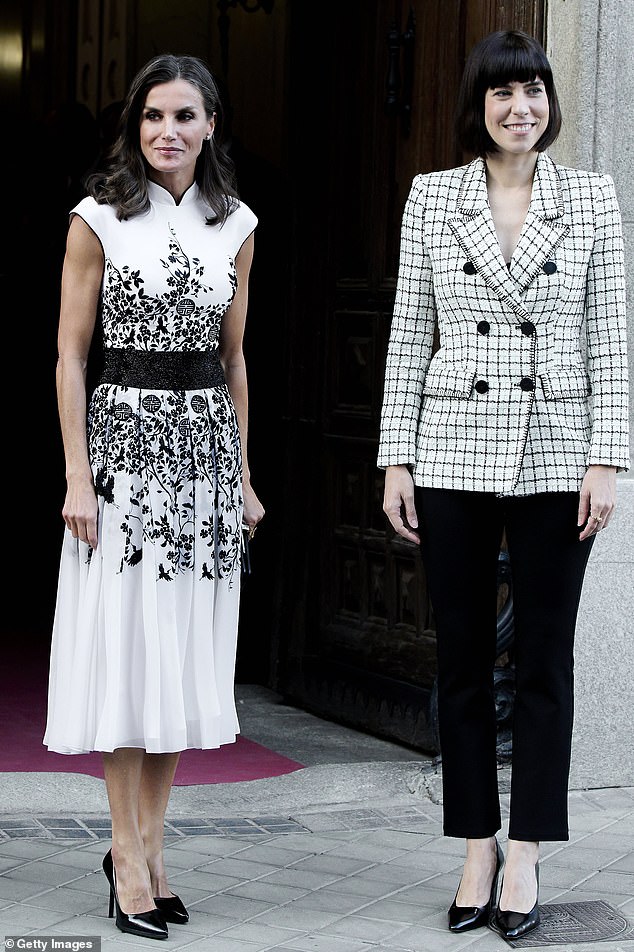 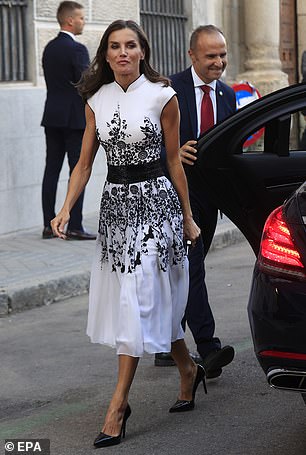 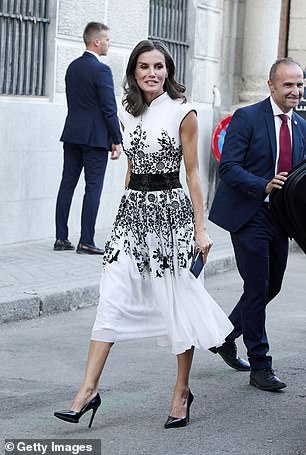 The Spanish royal, 49, was effortlessly elegant in the monochrome midi dress as she arrived at the organisation this evening 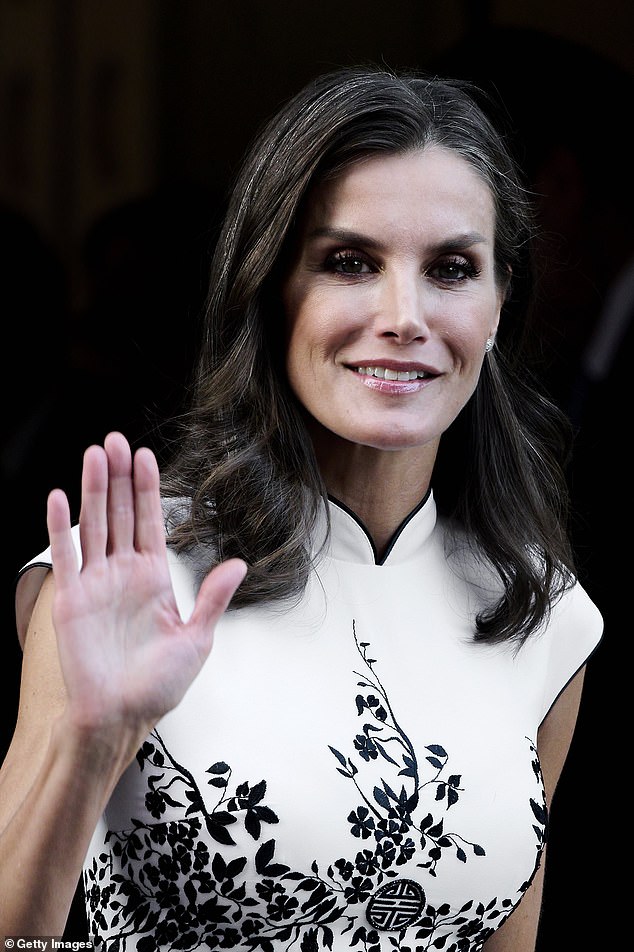 The mother-of-two stunned as she beamed while strutting towards the venue, and waved to crowds.

She accessorised with a matching black handbag to her heels and oozed confidence as she made her way to the venue.

Adding a touch of glitz to her ensemble, she accessorised her look with minimal jewellery, opting for chic hoop earrings and a golden ring.

She was attending the inauguration of the elected academics Elena Garcia Armada and Ana Conesa Cegarra. 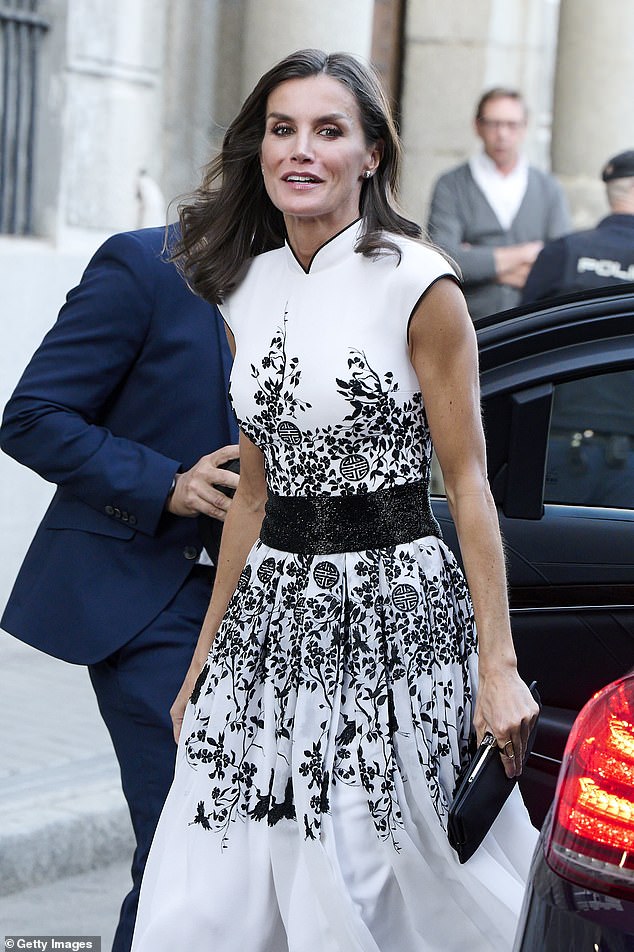 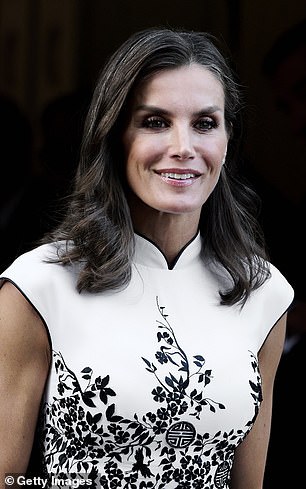 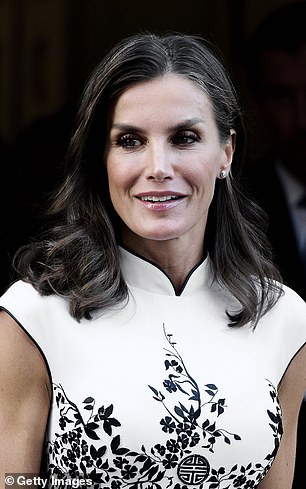 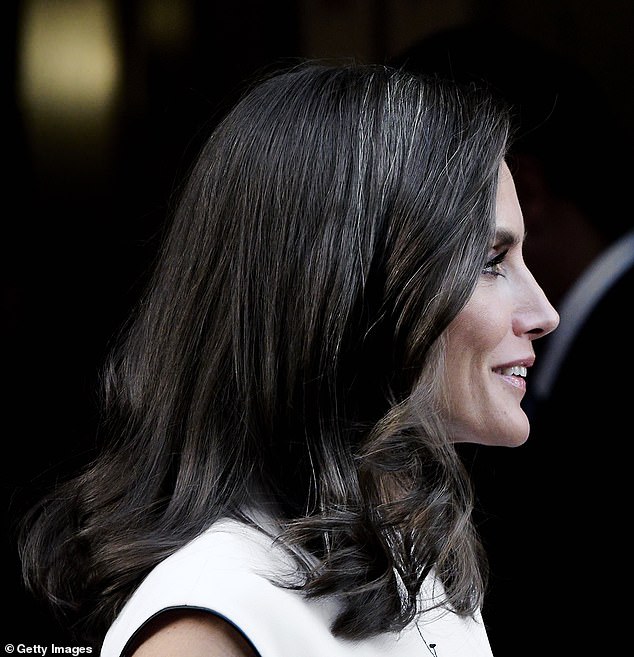 It comes amid a busy day for the royal, who earlier appeared typically stylish as she attended an event for World Mental Health Day.

The Spanish royal showed off her elegant sense of style in a navy polka dot dress when stepping out at at the Impact Hub Piamonte in Madrid.

Looking relaxed and radiant, Letizia donned red heels with her statement garment, which featured a cut out detail and long sleeves.

It comes after Letizia stunned in a scarlet dress as she and her husband attended the Cervantes Institute’s annual Board of Trustees meeting at the Royal Palace in Arajanjuez yesterday.

She and King Felipe VI grinned as they shook hands with guests at one of their official residences.

The queen cut a sophisticated figure in the deep red number, which featured a V-neck and ruffled detailing at the skirt.

The Cervantes Institute is a non-profit organisation created by the Spanish government in 1991. 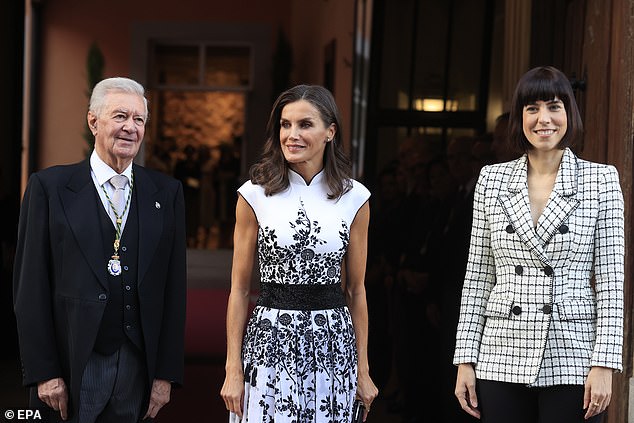 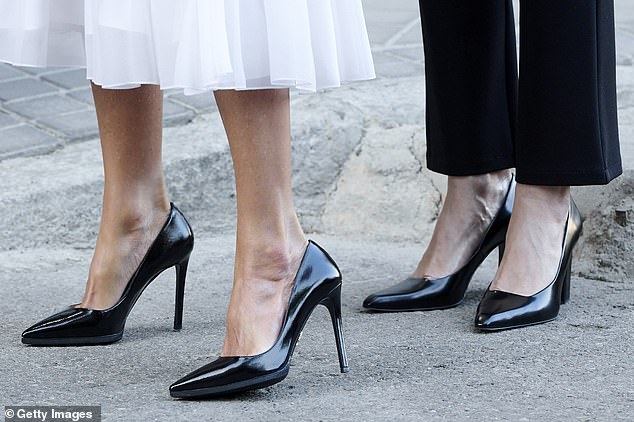 According to its website, the institute was created ‘to universally promote the teaching, study and use of Spanish and contribute to the spread of Hispanic cultures abroad’.

Numerous representatives of cultural institutions were present at the prestige event, Infobae reported.

The publication also said that the king awarded the ‘Ñ Prize’ to Italian philologist and Hispanist Gabriele Morelli, for his work in spreading Spanish literature.

The award, created last year, aims to celebrate work in Spanish language and culture by those who don’t have it as their native tongue. 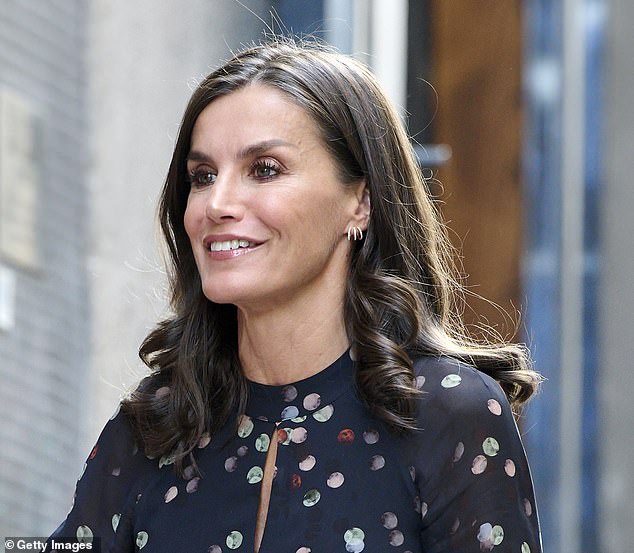 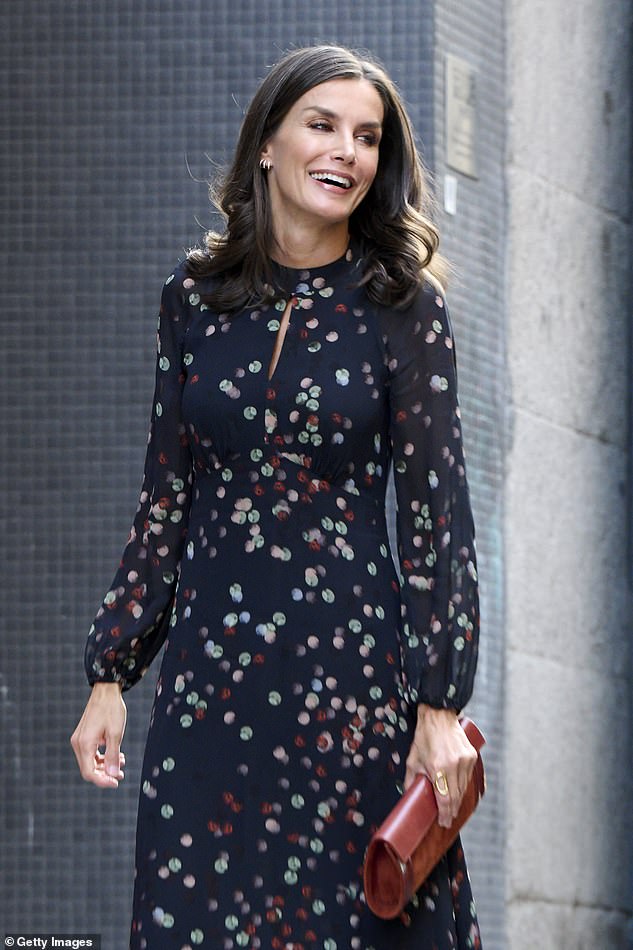 Pokémon Scarlet and Violet: When can I transfer with Pokémon HOME?